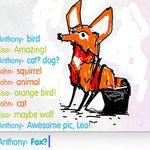 Hooray for games, and hooray for game-related award ceremonies! The winners of the 2012 International Mobile Gaming Awards were recently announced at Mobile World Congress in Barcelona, and it’s a robust bunch across a multitude of categories. If you have a little money to spend on a mobile game, consider one (or more) of these lovelies.

[via Slide to Play]