Home / News / If the top 10 game applications broke Facebook’s privacy rules, why was only LOLapps singled out?

If the top 10 game applications broke Facebook’s privacy rules, why was only LOLapps singled out? 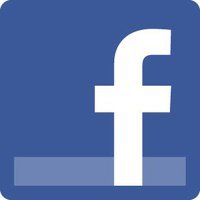 In yesterday’s blog post about Facebook’s latest privacy flap, I focused on the fact that Facebook turned off and back on LOLapps games over the weekend for sharing private information with third party marketers.

According to the Wall Street Journal report, all the top 10 game applications on Facebook shared private information with marketing companies, including Zynga (see related stories on Wired).

This begs the question: If many game companies were at fault, why was LOLapps singled out?

Did they do something more wrong than the other companies? Is their crime that they the misfortune to be tied to RapLeaf, the marketing company cited in the Wall Street Journal article?

One theory suggested to me via email was that LOLapps was picked as a scapegoat because they do not use Facebook Credits in their games. Per my research on Quora, LOLapps offers Facebook Credits for its games, including Critter Island, so that conspiracy theory is bunk.

As mentioned in my article yesterday, partnering with Facebook and breaking the privacy policies is wrong and Facebook has the obligation to protect the privacy of gamers on its network. It’s not just the right thing to do, it’s good business.

It’s also good business, however, to treat everyone fairly. If all top 10 game applications broke the rules, why was only LOLapps turned off for the weekend?

They also may have sent the wrong message: Not all game partners are created equal and Facebook, as the number social game platform in the world, is the final judge and jury.

We need an explanation on what specifically LOLapps did wrong versus everyone else and to be assured that anyone who breaks Facebook’s privacy rules in regards to our personal information are treated equally, fairly, and swiftly.

This is a black and white issue. As a games partner, if you abide by the rules, you are rewarded with Facebook’s millions of trustful users. If you break the rules, no matter how big or small you are, you are punished for breaking our faith.

It’s the way our society and economy functions. It’s the way Facebook’s gaming ecosystem has to work for social games to truly become a multi-billion a year industry and for Facebook to continue to be the dominant player.

If not, game companies are going to freak out and continue to look for other social distribution options. And gamers like myself are going to be searching beyond Facebook as well.

What’s Hot? You tell us!