Home / News / If Tetris were an endless runner, it would be Hazumino

If Tetris were an endless runner, it would be Hazumino 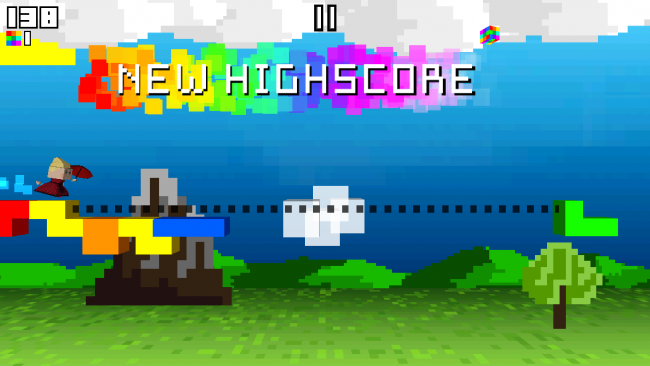 I love it when people take two ideas that don’t seem to mesh together, but ultimately manage to complement each other flawlessly. Heck – I’ve been pitching a Guitar Hero / Klax mashup since the days when people actually played Guitar Hero. So it’s with that spirit in mind that I’d like to present Hazumino: the falling blocks endless runner by Samurai Punk.

With their left thumb, players will tap to make their runner jump. With their right, they’ll aim, rotate, and shoot blocks to the left side of the screen to create a bridge for their runner to traverse. Run into a block or slam a block right into your little character and its game over.

It’s also admittedly crude in parts, but the promise of what’s here more than outweighs any quibbles I might bring to the table. Hazumino is a really great idea that’s well worth checking out. Grab this one for 99 cents on iTunes or Google Play.

Monument Valley is now on Android