Home / News / I guess they were double parked: police called about Ouya’s presence across from E3 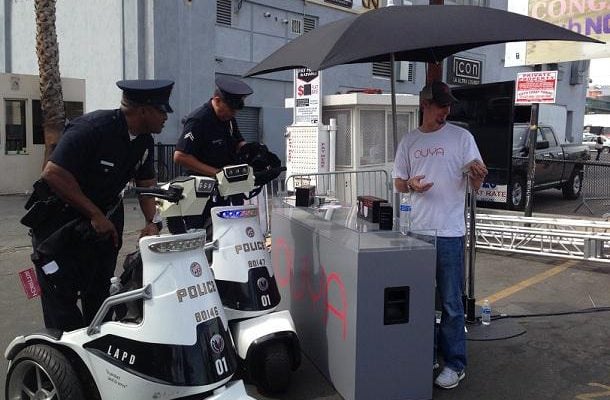 The ladies and gentlemen behind Ouya had a wee brush with the law yesterday near the parking lot of the Los Angeles Convention Center. The Android-based gaming console is being pitched at E3 via a rented outdoor space. Ouya founder Julie Uhrman says that the Entertainment Software Association (ESA) is doing what it can to disrupt their showing – including getting the fuzz involved.

Ouya’s rented space is located across from the LA Convention Center, where E3 is currently being held. Yesterday morning, the ESA rented spaces of their own and parked trucks in front of the display, a move that Uhrman believes was supposed to keep E3 attendees from seeing Ouya’s booth. Uhrman retaliated by renting the space in front of the trucks to hang Ouya banners. Uhrman believes the ESA called the police shortly thereafter. The LAPD arrived, determined everything was in order, and left without taking further action. 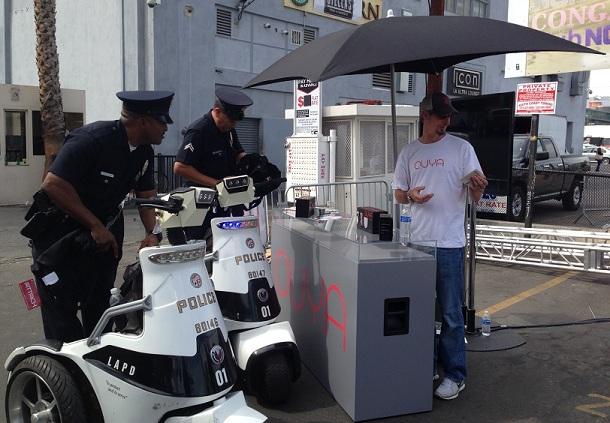 Uhrman thinks the Ouya is being targeted by the ESA because the console isn’t being shown inside the LA Convention Center on the ESA’s terms. Uhrman plans to increase the Ouya’s public presence on day two of E3, though she’s reached out to the ESA in hopes of resolving the issue. At the time of this writing, the ESA hasn’t responded. Uhrman is prepared to carry on the cold war if necessary, however. “If ten more trucks show up, we’ll come up with another idea,” she told IGN. “I have a few up my sleeve.”

Nothing odd about it: Oddworld New ‘n’ Tasty destined for PC, too