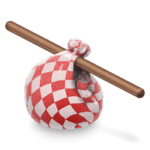 If yesterday’s arrival of Humble Bundle V wasn’t already awesome enough, today brings with it yet more indie goodness. In a gesture of social (and promotional) goodwill, representatives from each of the teams responsible for the games being sold (at any price you choose!) have taken to Reddit to participate in an “IAmA:” a thread dedicated to answering questions from the perspective of your profession. We’re seriously living in the future.

From Double Fine head honcho Tim Schafer to the creator of Limbo (whose name is Dino!?), the creative forces behind some of gaming’s best independent content have gathered in one place to dish on some great industry tidbits and equally delightful personal stories. For example, did you know that the gravelly narrator of Bastion‘s favourite line in the entire game is “Walk by a kid with a machete and a mortar… you just keep on walking?” You do now! Or that Kris Piotrowski of Superbrothers fame has a secret soft spot for Amnesia: Dark Descent over all other games in the bundle? Thank me later.

In all seriousness though, Reddit IAmA in general has emerged as a wonderful source of insider info; a longform Twitter of sorts where those with celeb. status in any domain can go to connect with their fans. And this is no exception. A veritable treasure trove for those interested in indie games and the creative process behind them, the Humble Bundle V tell all is a must-read addition to the week’s great industry happenings.

Though, let’s be realistic. Nothing can ever top Tim Schafer’s description of how he took Psychonauts to Linux.

“Linux was like a party that sounded fun we were afraid to go to because we didn’t think we’d know anybody there, and the HiB guys were like your socially fearless friend who says, “Don’t worry, we’ll go together.” And when he gets to your house he says, “Is that what you’re wearing?” and you say, “uh…” and he says, “Don’t worry. I know a guy.” And he lends you a cool leather jacket and you go to the party and when you walk in there’s a needle scratch and everybody turns to look at you and your friend gives a cool nod and then everybody goes back to the party. So kind of like a John Hughes film. Hope that helps explain things. That’s about as technical as I can go. I just hope I don’t accidentally knock over a beer can pyramid that some tough guys are building.”

As of this printing, the thread has been up and running for a couple of hours, and it’s far from too late to participate yourself! Head on over to the IAmA to drop a question, comment, or just shout at the creators of Amnesia for scarring you permanently.