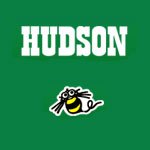 Hot on the heels of its recent partnership with Capcom (and their earlier agreement with TAITO), OpenFeint has just inked its third deal with a major publisher. Hudson Soft, best known as the brainchild behind such popular franchises as Bomberman and Military Madness, will be showcasing five of its titles as part of OpenFeint’s Free Game of the Day promotion.

“OpenFeint has great online gaming services that are important to the player experience,” said Masato Shibata, Smartphone Business Division President of Hudson Soft. “However, we chose to feature our titles on OpenFeint because it has amazing social gaming and cross promotion features. This is an exciting opportunity to reach millions of engaged, connected game players.”

As part of the promotion, Hudson Soft will be updating all five titles with OpenFeint. The five titles participating in the program are World RPS, Catch the Egg, Aqua Forest 2, Shooting Witch and Haunted Pics.

“Hudson Soft develops great games and we’re excited to help promote their games to our players,” said Jason Citron, CEO and founder of Aurora Feint. “We’ve developed a bevy of effective promotional channels like Free Game of the Day that help games stand out in a crowded app store. Discovery will only get easier as we deploy more social gaming features that help games get discovered virally as part of our OpenFeint X platform.”

It’s unsure whether or not earlier Hudson titles like Bomberman Touch, Cakemania 3 or Puzzloop will get the OpenFeint treatment. Regardless, we look forward to seeing what this partnership may bring about in the future.

Scoreloop for Android growing faster than Foursquare and Booyah