Home / News / HTML5 games get their own Dominion: Goko.com

HTML5 games get their own Dominion: Goko.com

It wasn’t too long ago that everyone had stars in their eyes about HTML5. It was supposed to be the future of casual games.  Relatively easy to develop for, web playable on just about every platform – how could it miss? But flash forward to a year later, and it’s far from the dominant programming language in gaming – and the folks behind Goko think they know why.

Launching today, Goko is a new destination for both consumers and developers to discover what HTML5 gaming is really all about.  I recently had a chance to talk with Ted Griggs, Goko’s CEO and Co-Founder, and Brian Howell, their VP of marketing, to learn more.

“Everyone says HTML5 is going to be a great platform for games, but I don’t think anyone has really proved that yet,” says Griggs.  And if anyone should know, it’s him.  He was once one of the founders of Electric Gravity, which you probably know better by its post-Microsoft acquisition name: MSN Gaming Zone.

The problem with HTML5 gaming, according to Goko’s co-founder, has to do with a lack of tools and services for developers. “On iOS there’s Game Center, on Android there’s OpenFeint; so there are platforms that allow you to do player management, achievements, leaderboards – all that kind of stuff.  But if you’re moving over to HTML5, there’s a hole.  There’s nothing out there.”  Similar systems already exist on the web for Flash gaming (Kongregate, for example), so it’s an idea that certainly has merit – but as it turns out, Goko wants to be more than just Kongregate for HTML5 games. 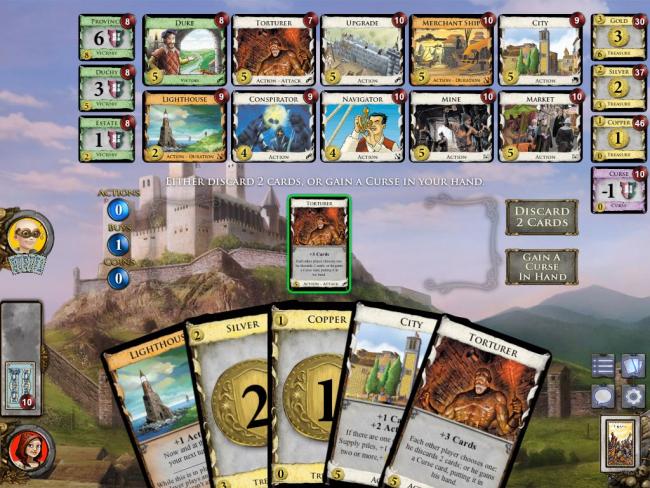 “What we can offer Flash developers coming over (or other developers) is that, unlike aggregation sites that force you to put their game on their own site, the nirvana of HTML5 is being able to take that piece of content and publish it to multiple places,” says Howell.  This means that, through Goko, publishers can take their games to a seemingly infinite number of storefronts – all while their players maintain the same experience.  Leaderboards, in-app purchases – it all carries over from one location to another.

Speaking of board games, Goko is kicking things off with a biggie.  Starting today, players who visit Goko.com will be treated to the only official digital adaptation of one of the most popular hobby board games of the last decade: Dominion.  And even better, it’s free.

In fact, all games on Goko will be free.  And for once, I don’t necessarily mean “free-ish.”  While they’ll be monetized through in-app purchases, if Dominion is any indication you’ll be able to enjoy plenty of game without ever having to pay a dime.  Players will have access to the full base game, including multiplayer and a new digital-exclusive campaign, absolutely free.  And you can play as much as you want, too.  There’s no energy bar here.  The only thing they’re looking to sell are expansions.  And unlike most games of this nature, if you want to play an expansion with your friends online, only one of you needs to own it.

Goko has licensed more than 150 card and board games from companies as notable as Mayfair, Rio Grande and Fantasy Flight, and of these, they already have 15 games in the pipeline.  Two of them were developed in house – but the rest?  Those were handled by developer partners.  And with so many other licenses lined up, they’re no doubt hoping that more talented developers might be tempted to try out HTML5 and take the reins. 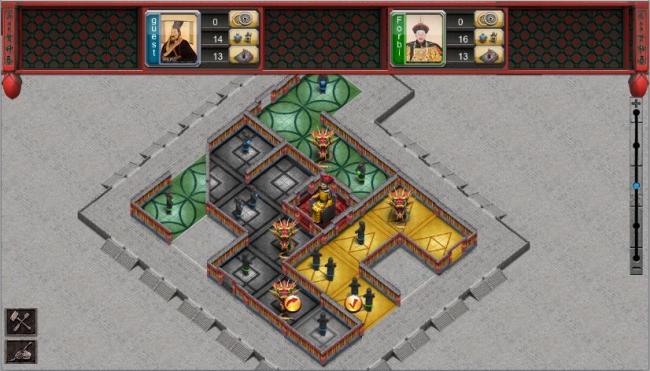 At launch, the service features four games: Dominion, All the Kings Men (a fast-paced multiplayer defense game), War Factory (a single player strategy experience), and a wholly original game from legendary board game designer Reiner Knizia, Forbidden City.  “It’s a tile-laying game, kind of similar to Carcassonne.  We’ve done it in an isometric view… and you’re building up the Forbidden Palace.”

After this, you should expect to see new games hit the service every few weeks.  And while they’re not showing all the cards they have up their sleeve, we’ve been assured that Catan, Citadels, Empire Builder, Steam, Race For The Galaxy and Arena Assault are all on the way.

Citadels, in particular, seems as though it will be an interesting showcase for how you can monetize a board game that has few or no expansions.  “If a game is really simple and has no expansions, we need to build a meta-game and other things around it that will allow it to be monetized well,” says Howell.  “We took a page from Gardens of Time … we created an isometric city-building game that sits on top, and as you unlock different buildings in the city you get those cards in the game.  Instead of having an energy mechanic that works over time, you have to go and play Citadels.”  It’s a neat twist, and one that certainly sounds preferable to begging your friends for energy points. “I’ve played almost every iOS board game,” says Howell.  “A lot of these are really fun games, but they just give you [the opportunity] to play the basic game over and over again.  It can get tiring.  You need to think about what other mechanics around it can keep it fresh, and how you can add more content.” 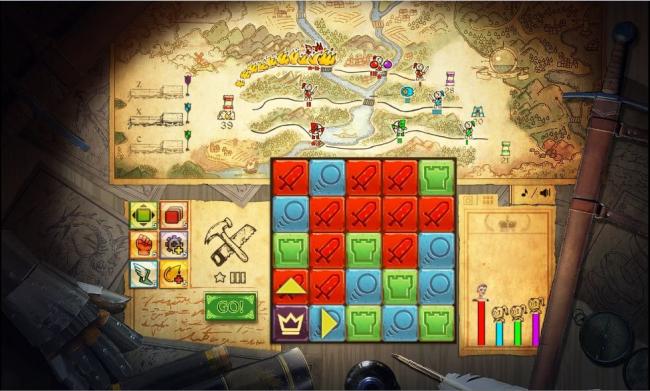 “All the King’s Men

Dominion will have a similar element too; playing the single player campaign will unlock promo cards that you can’t buy in the store.  Goko, it would seem, has placed a good deal of focus on bringing players back for more.  And as any games-as-service developer will tell you, this business is all about retention.

With Dominion set to launch on Goko.com today, a lot of mobile gamers might be wondering if they’re getting the cold shoulder.  Not quite, though you’ll have to wait a little longer to play Dominion on your iPhone or Android.  “Those will be coming out 30 days or so after we launch from here, because we’re actually wrapping it in a native wrapper, kind of like what Netflix does with their HTML5 app in the [App] Store.  That way we can publish it directly into the App Store, and we can also take advantage of Apple’s in-app payments and native things.”

Goko.com and mobile platforms won’t be the only places to play Goko releases, either. “We’ll be in Facebook, in the Windows 8 Store, in Google+; in particular [Google] Hangouts is really nice for these kind of games.”  It sounds like wherever you want to play, Goko will be there too.

With so many great board game adaptations already available on so many different platforms, there’s no shortage of players interested in a truly social experience.  By bringing a lot of the great games under one roof – a roof that houses every device you can imagine – Goko might have really hit on something.  I’d spend more time thinking about it, but people have been waiting forever for me to take my turn in Dominion.  So please, excuse me.