How mobile and social games have changed the entire industry 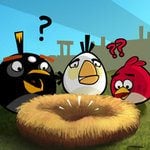 IndustryGamers writer Mark Friedler recently took stock of what the developers of traditional games–previously the undisputed kings of the gaming landscape–have learned from social and mobile titles. It’s an interesting read that outlines how much has changed in the industry over the past few years, and it gives you pause.

After all, the gaming landscape the world was so much different five years ago. Microsoft and Sony were jockeying to dominate the next phase of gaming while Nintendo was catering to more casual fans. The iPhone was an afterthought, Android was still mainly defined as a machine crossed with a human and Facebook was a fast-growing website where you could look up old college buddies and high school flings. Now, the whole development world has changed and the companies that call Facebook and the iPhone home are the ones driving the industry.

The mobile and social gaming space is basically ordered chaos, with numerous developers and publishers fighting tooth and nail to obtain and secure customers, which can then be monetized. This has created a lean, sleek industry where there’s no room for bloated overhead or multiple development delays. It’s the Facebook version of “publish or perish,” and has taught developers to move away from obtuse, complex games into something more approachable for everyone.

Facebook’s success has also been its bane, as many social gaming studios are looking for ways around the behemoth. Tales of poor developer support abound, and the chunk of the money Facebook takes out of each transaction has proven to be too onerous for many. In response, companies like Kabam are creating portals of their own, and Zynga, the largest gaming company on Facebook, just announced their very own platform. No one is yet big enough or carries enough clout to compete with the house that Zuckerberg built, but there is a tide shift coming.

What we’ve basically learned from mobile and social games this past half-decade is that agility is king, and the more open you are to change the more successful you’ll likely become. It will be interesting to see how traditional manufacturers adjust to this new reality in the next console cycle, and if the latest batch of machines are indeed the last traditional consoles we ever see. It’s an exciting time for the whole industry, and now we have some unlikely heroes leading the way.

Sony shutting down four online games by end of March