Home / News / How East Meets West in Mobile Gaming, and Why Yodo1 May Be the Future of Game Publishing

How East Meets West in Mobile Gaming, and Why Yodo1 May Be the Future of Game Publishing 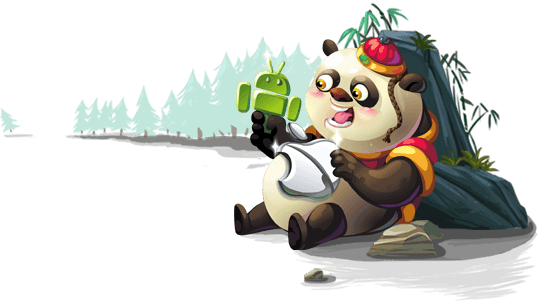 The biggest mobile game market may still be the US, but the real Wild West of gaming continues to be China.  The Chinese games market is diverse, chaotic, and evolving in ways that no one would have predicted even a year ago.

Yet the most interesting trend is this: East and West are converging into a single, global games market resembling more than Chinese than US model; and it’s exemplified by Yodo1’s announcement to expand from Chinese localization services to global game publishing.

But more on that in a moment.

Based on the excellent panel moderated by Kim-Mai Cutler of Techcrunch at Casual Connect: San Francisco last week, “Mobile Gaming in China: Challenges and Opportunities” (see list of panelist at bottom of this article*), the Chinese games market continues to grow like crazy.

There are over 400 million activated smart phones in China already, and 15 million new activations happening every month.  Unlike last year, you can actually make money in China now.  But, the market has evolved in ways completely than different than in the West.

For one, Apple and its dominant iOS platform was not mentioned once on the panel.  I wrote about the fact that Android is crushing iOS last year when I visited China and met with awesome folks at CocoaChina, but in my book, it’s officially over for Apple in China.  By focusing on the tier-one cities (e.g., Shanghai) and the wealthiest 1% of the population, Apple has ceded the remaining 99% to Android.

And yet, the victory is Pyrrhic for Google.  By taking a stand against the man in China (the government), Google has opened the door for hundreds of Android App Stores which use its operating system, but don’t pay Google a single yuan.

Just as interesting, it is the poor and not the rich who are paying for items in games.  Owners of high-end phones are less willing to pay for items in games than players with less disposable income who own low-spec phones.

One panelist speculated that poorer people are less educated and don’t realize that they can play and earn items for free.  Another more politically correct explanation is that the wealthy spend their money on real items (like Ferraris) instead of virtual items in games. Nonetheless, the most lucrative market in China is centered around low-end, tier-two and three cities with lower-spec Android handsets and higher bandwidth constraints.

Other interesting tidbits from the panel:

Ski Safari makes the jump from West to East

This may be changing in a big way.  I met with Henry Fong (Founder/CEO) Jung Shu (VP, Global Publishing) of Yodo1 the next day.  According to Henry, traditional core gamers in the US are loath to pay for items in games and will call each other out for such behavior.  Casual gamers, who are often playing their very first game ever on their mobile phone (e.g., all your friends bugging you with Candy Crush updates and invites), don’t have this hang up.

As casual gamers take over the US gaming market, their behaviors more closely resemble Chinese gamers than their native core gaming counterparts.  The US and Chinese game market become one and the same.

This is one reason why Yodo1 announced that they are becoming a publisher. There first game is BonusXP’s Cavemania (as previewed by Gamezebo here).

As paraphrased loosely from the Cracker song Teen Angst, “what the world needs now, is another game publisher, like I need a hole in my head.” But Yodo1 could be offering something completely different. While a typical publisher provides marketing services (and claims to provide F2P monetization expertise), Yodo1 plans to work with the source code and offer a games as a service partnership.

With F2P games, a lot of the monetization occurs with constant updates every 1-2 months. This is cost prohibitive for most game companies.  Yodo1 has an office of 100+ developers in China who help out with this constant updating, as well as localize the game for the Chinese market (its bread and butter).

Big Deals on Game Making Courses for Beginners and Beyond