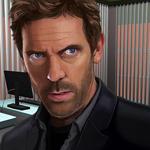 Legacy Games has announced that House M.D. will launch for PC on Sept. 13 – and they mean it this time! That’s good news for fans who have been waiting to play a game that was originally supposed to come out in early May. Instead, Legacy said it decided to postpone the launch to coincide with the premiere of the 7th season of the TV show. For more info on House M.D. check out our previews.

Take me to your Leader

Win a copy of Osmos for the iPhone!