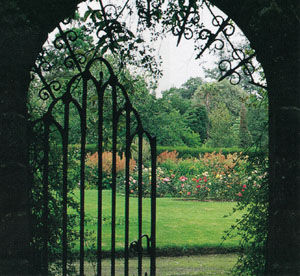 It’s an exciting day for Apple and its gamers as iPad 3 is officially released today with retina display and promise of faster game play with out-of-this-world graphics. But it’s not all good news in Cupertino. Bloomberg BusinessWeek has written an excellent article about “Anarchy in the App Store.”

For frequent readers of Gamezebo, a lot of this reporting may be old news. Many app makers have used a wide variety of third party services and clever internal marketing techniques to artificially inflate their rankings in the App Store. What’s interesting is that BusinessWeek has focused its attention in exposing the inner workings of one of these third party services, Gtenka.

Gtenka is a US-based company founded by Chang-Min Pak, an ex-engineer at Adobe. Gtenka charges $9000 – $13,000 with the promise of getting them immediately in the App Store Top 25 rankings within 34 days. Though Pak would not divulge details, he tells BusinessWeek that his method is to advertise on 10 – 15 religious, sports, and game sites with ads that exchange a gift for downloading apps.

Many believe running mysterious ad banners on mysterious web sites may not account for Gtenka’s top ranking ranking guarantee, given that it makes absolutely no logical sense whatsoever.

Chris Akhavan of Tapjoy is quoted as suggesting that Gtenka owns multiple computers with bots programmed to download thousands of apps at the same time with fake accounts. Others suggest they use hired labor in China to artificially inflate downloads.

BusinessWeek reports that both Mindjolt and Big Fish Games used Gtenka in the past (Big Fish is on record that they don’t use them anymore). But, many more companies used Gtenka and services like them.

Want to find out who? Just go to AppAnnie and compare the rankings of Top 25 apps from a month ago to today and then look into which apps dropped downloads immediately after Apple said they would crack down on such services. If an app dropped within a few days out of the top list during this time, chances are they paid to manipulate the rankings.

The problem for Apple is that this is just one of many cases where app and game companies poked holes in its walled garden approach, including creating apps with similar names (for example, the many Angry Bird copycats), copying address book data on servers without permission, and using offer walls offering rewards to download apps).

Every time Apple puts a stop to a practice, a new one pops up.

The article also sheds light Apple’s submission process. A former ex-Apple employee revealed that each of the thousands of apps submitted each month to Apple only gets reviewed an average of 15 minutes, with a committee reviewing only apps that get flagged in this 15 minute process.

The solution is that Apple needs to move from a human editorial approach (aka Yahoo! of 20 years ago, back when they were fab) to an algorithmic one (similar to Google).

Apple’s recent acquisition of Chomp is an indication they are moving in this direction of acting more like a search company and changing their App Store rankings to a more sophisticated approach. But, until they are serious about doing this, game companies will continue to figure out ways to create holes in their walled garden’s armor.