Home / News / Hole.io is a bonkers mash-up of Slither.io and Katamari 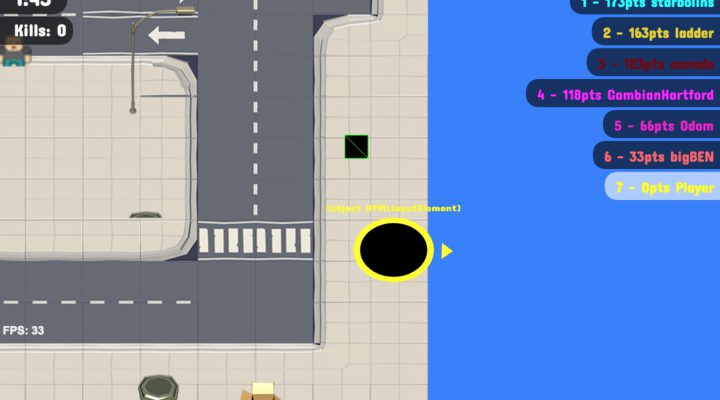 Sinkholes are terrifying. These strange, apparently bottomless portals to the underworld can appear anywhere without warning. Like demonic mouths, they swallow cars, people, houses, and anything else that has the misfortune of being on top of them when they take a bite.

There’s nothing else for it. To conquer your fear of sinkholes, you have to become a sinkhole, and the only way to do that is to play the bonkers casual arcade game Hole.io.

The game sees you roaming around a random city environment, passing over objects to make them disappear into your inky black void. 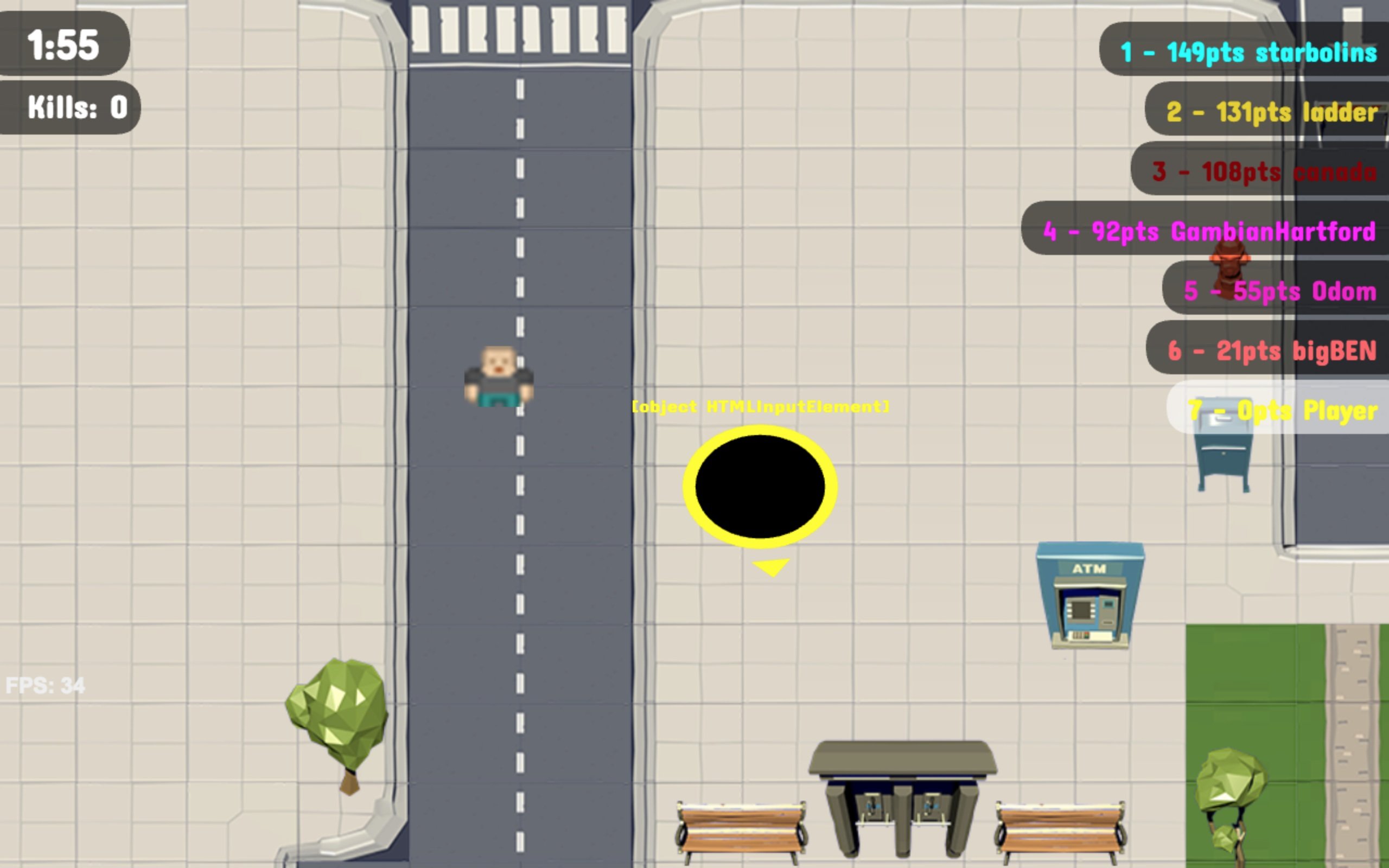 But, like an evil inverse Katamari, the more you eat the bigger you get. After you’ve swallowed enough small stuff you’ll turn into a bigger hole, capable of consuming benches, lampposts, cars, fences, hotdog stands, and more.

You start out as a tiny, fast-moving opening, not much bigger than a plant pot, but if you eat enough objects you’ll become a huge, lumbering cavern. 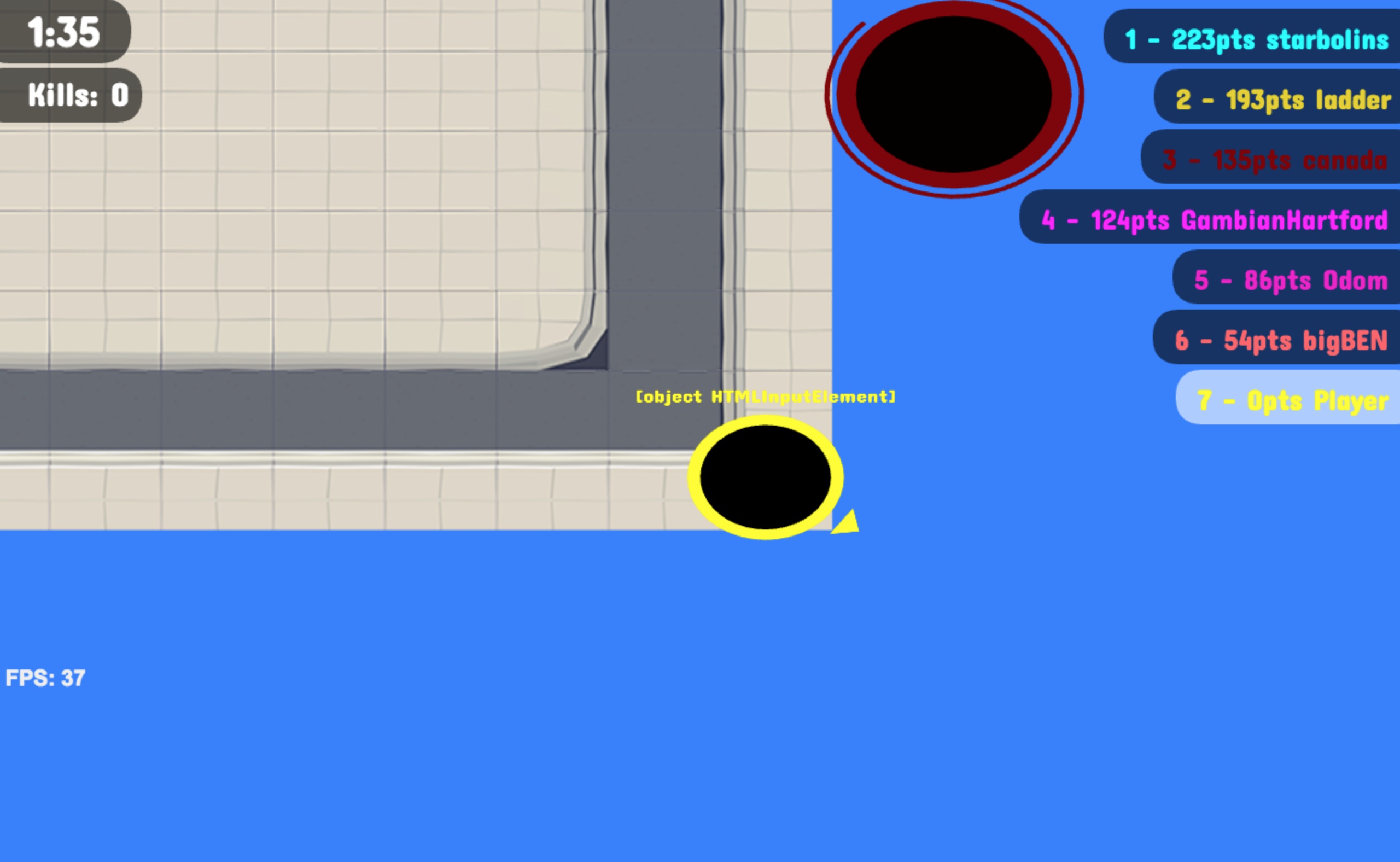 Eating stuff means points, but there’s another target to aim for in Hole.io: kills. If you’ve ever played the cult hit Slither.io you’ll recognise the basic set-up. The gameworld is populated by other players alongside yourself, and you need to kill them before they kill you.

The conflict dynamics are very simple, though the physics are a bit tricky to get your head around. Basically, big holes can swallow little holes. At the end of each game the winner is the player who has earned the most points and eaten the most rivals.

If Hole.io sounds a bit bonkers, that’s because it is. It’s also very easy to pick up, addictive, and playable in your browser. Check it out now, as well as the rest of the .io games available on the Crazy Games site.