Hit JRPG Cryptract is Now Available on US Mobiles 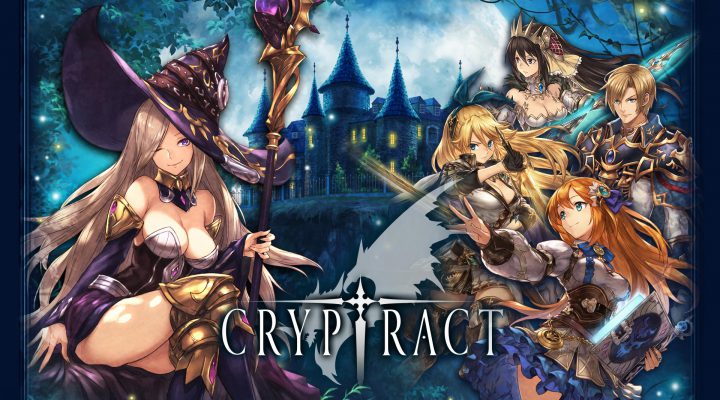 Even if you’re a fan of Japanese strategy-RPGs, chances are you’ve never come across Cryptract on mobile. That’s because it’s only available in Japan, when it hit the virtual shelves in 2015.

Since then the game has racked up well over 12 million downloads, as well as generating spin-off real world tie-in events and three soundtrack CDs.

And now, at long last, it’s arrived in the US. Cryptract is now available on Google Play and the App Store.

Cryptract is a strategy-RPG that casts you as the ruler of a territory that’s under attack. The assailant? A mystical beast – and we don’t mean a unicorn.

It’s down to you to send this monster back to the godawful underworld from which it emerged, by amassing warriors and ordering them into battle. Along the way you’ll also uncover the secrets of Cryptract.

Chuck a few passive abilities into the mix, plus force skills and leader skills, and you’ve got a huge number of tactical variables to consider.

Fortunately, the combat itself is slick and intuitive, leaving you free to focus on tactics. To attack you simply tap on an attack or a skill and then tap again on your target. Every warrior has several to choose from.

Cryptract has a massive single-player campaign, but woven around the main story are side-quests that fill out out the world by putting you in touch with the residents of Centrair. You’ll hear the hidden stories of civilians affected by war, giving the whole enterprise an extra dimension.

Multiplayer is included, naturally, and there are message boards for sharing anecdotes and battle plans.

You can download Cryptract for free right now on Google Play and the App Store. Just click right here.

If you play games online you need a VPN. Here’s why

Be a Worm, Eat Cakes – Wormate.io is the Next Slither.io