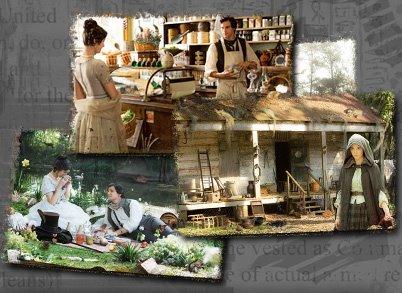 It’s not always that a movie has the potential to be morphed into a good hidden object game. Take Doubt, for example. That would probably be terrible. On the other side of things, there’s Abraham Lincoln: Vampire Hunter. It’s already a concept that would function better as a game than a movie, and that isn’t something you can say very often.

Borrowing scenes from the film, players will be in charge of seeking out objects hidden near or around historical figures like Stephen A. Douglas and the man of the hour: Abraham “Vampire Killing” Lincoln. Ostensibly, the objects in need of hunting will include wooden stakes and cloves of garlic. Or, if the team behind the game wants to be a jerk, a vampire in a mirror.

Chapter 1 of the experience is currently playable within Hidden Haunts on Facebook, with more chapters presumably on the way. Will you find yourself too distracted by the stare of Alan Tudyk? Perhaps frightened by the vampires that will likely show up in a screen or two? Both are possible – the former being the likeliest – but I wish you all the best in your object-hunting endeavor.