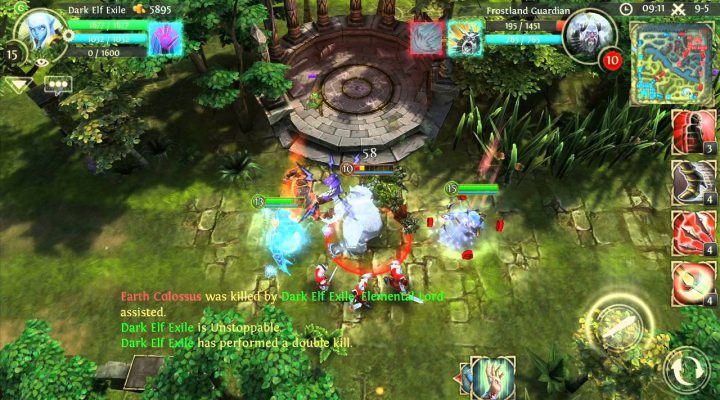 Rough day at work? Did you get rained on? Did the subway run over your hat? Just go on home, pop some corn, and settle in for a night of people tearing each other’s throats out in a live Heroes of Order & Chaos broadcast. It will be possible tomorrow thanks to an update that implements Twitch broadcasting into the game.

Asphalt 8: Airborne is another Gameloft game that offers optional Twitch streaming. Whereas Asphalt 8‘s streaming previously only worked with devices that contain Apple’s A7 chip (which includes the iPhone 5S, iPad Air, and the second generation of the iPad Mini), both it and Heroes of Order & Chaos can now stream on Apple’s A6 devices (iPad 4, iPhone 5, and iPhone 5C).

Players are free to stream their Heroes of Order & Chaos experiences on their own channel, but anyone craving a steady helping of Asphalt 8 content can now tune into the official 24-hour Asphalt 8 broadcast. Updates to both games that will enable A6 streaming will be live on Thursday, August 28th.

See you on the battlefield. Or at the racetrack.

A Dark Room Prequel ‘The Ensign’ Out Now