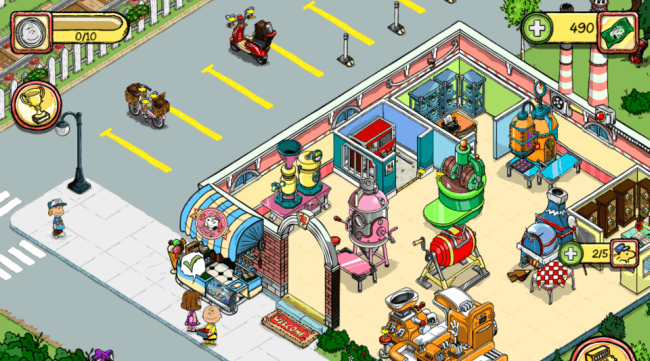 Charlie Brown and the gang are back once again to fill your mobile device with all kinds of heartwarming adventure and fun! Hot on the heels of the incredibly popular Snoopy’s Street Fair city-building and simulation game, developer Beeline Interactive has announced another partnership with Peanuts Worldwide for a second mobile offering in the Peanuts universe called Snoopy’s Candy Town.

The premise of the game involves Snoopy, Woodstock, and all the other beloved Peanuts characters running a candy factory in order to help Charlie Brown raise enough funds to become the new Class President. Could Charlie Brown finally come out on top for once without having the proverbial football being pulled out from under him? Well that’s going to be up to you, and how much delicious candy you can produce!

In the game, players will start their business endeavors completely from scratch, by building the fantastic candy factory from the ground up, and filling it with whirling machines, mouthwatering storerooms, and an assembly line of Woodstock-like employees who fit the role of Willy Wonka’s Oompa Loompas. Snoopy’s sister Belle also has some pretty big doggy shoes to fill in the game, as she assumes the role of a candy shop manager to help sell all those sweet and sticky products to the sweet-toothed customers.

Snoopy’s Candy Town will be available on smartphones and tablets at the beginning of November, and you can head on over to the game’s official Facebook page to get an early taste of the first released screenshots of Charlie Brown and friends in action. 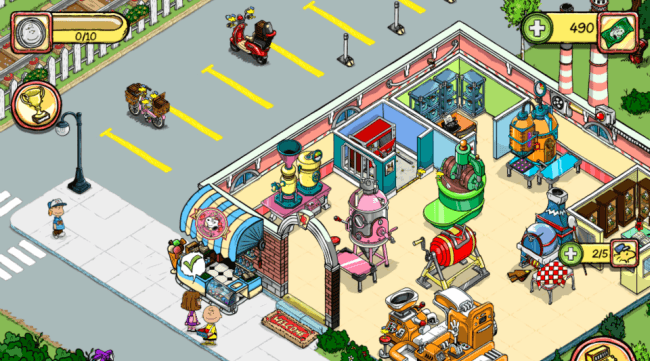 Free Games and Sales: Lili, God of Blades and more!