Home / News / Hellraid: The Escape draws inspiration from The Room

Hellraid: The Escape draws inspiration from The Room 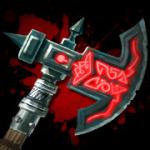 One of my absolute favorite games on mobile is the first-person escape-puzzler, The Room. We were lucky enough to get a sequel recently, but there’s still a dearth of such games, perfectly tuned to touchscreens as they are.

Hellraid: The Escape has a silly name, but when a press release specifically cites The Room as influence, I’m willing to overlook a lot of things.

Perhaps it’s best the name is silly. The game itself certainly doesn’t look serious, what with the autonomous, disembodied eyeball in front of the May 15, 2014 release date in the trailer. The Escape (which, by itself, may be a better name) is tied to the upcoming PC/console hack-and-slash game Hellraid from Techland.

That may not matter as this game “is being developed in close cooperation” with Shortbreak Studios, according to the press release. Like as not, that means they’ll be doing a lot of the legwork here while Techland focuses on its console counterpart and their upcoming zombie/parkour action game, Dying Light.

Hellraid: The Escape will launch on iPad and iPhones for $2.99 on the third Thursday in May.