Hello Hero Epic Battle Is Out Now On iOS And Android 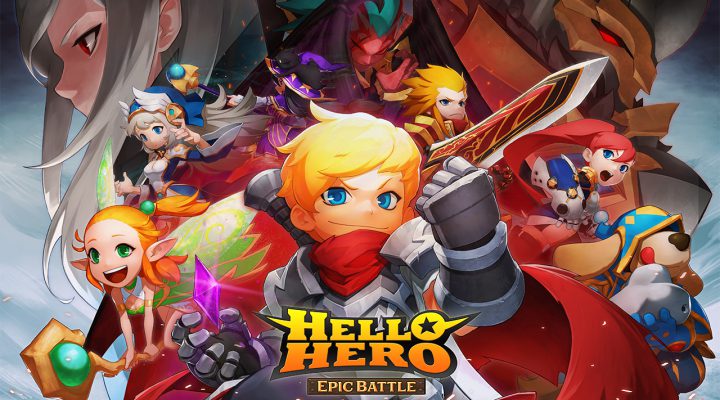 Hello Hero now has a sequel in the form of Hello Hero Epic Battle, and it’s bigger and better than its predecessor in every single way.

An action RPG that asks you to control a band of heroes through an immersive storyline that takes you up against the Phobos Army – who is invading your land.

Battles are real-time too, and are incredibly easy to control via a range of touchscreen gestures. You tap, you swipe, you kick your enemies’ behinds. Add in some clear and crisp visuals and you have battles that are actually fun, and not a fudge – unlike in so many games of this type.

Hello Hero Epic Battle doesn’t let you down when it comes to content either. There’s a sprawling Adventure mode, but also several other options that help mix things up when it comes to the combat.

There’s the World Boss mode that sees you battling different enemy bosses on certain days of the week for instance. Or Expedition, which tasks you with clearing dungeons with a party consisting of just one hero. That’s only a couple of the modes with their own unique rules and quirks available to you as well.

Another area in which the game impresses over the original Hello Hero is in terms of the amount of heroes you can choose from.

There are over one hundred – and when you create your squad you can combine them in several ways. Keeping your team fresh is key in reigning supreme in the many battles you’ll face.

The more your fight the more ultimate skills you’ll unlock, and you’ll be able to use smart toy figures to unlock exclusive boosts and rewards.

So why not jump into the action now and download Hello Hero: Epic Battle for yourself via both the App Store and Google Play.

This Mobile Puzzle Game Will Actually Improve Your Math Skills

Thunderdogs.io Is An Impressive Multiplayer Arcade Shooter That You Can Play In Your Browser