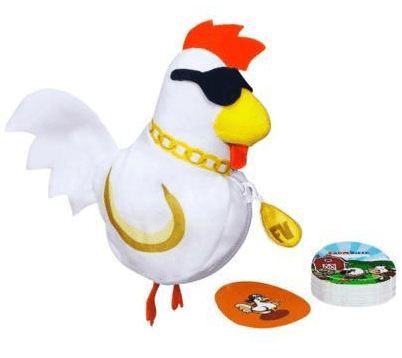 Liabilities! Bulldog markets! Synergy! Such are the terms we use to describe business, and this post is no different. Zynga has teamed up with Hasbro to create board games based on a handful of their social games, including FarmVille, CityVille, Words With Friends, and Draw Something.

FarmVille will be adapted into Hungry Hungry Hippos (titled “Hungry Hungry Herd”) and three different classic card games. The latter of those two will come with stuffed animals, including this chicken wearing sunglasses:

Having grown up on a farm, I can confirm that that is, in fact, something a chicken would wear. Lots of personality, those birds.

Draw Something‘s adaptation is a little more predictable, more or less being a physical facsimile of the game. Words With Friends is receiving a similar on-the-nose treatment, becoming what you probably know as Scrabble: 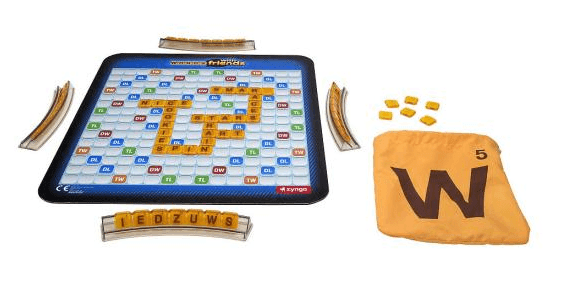 The Words With Friends game, FarmVille Hungry Hungry Herd, and CityVille Monopoly are available now, with the rest set to arrive later this month.