Home / News / Has Activision changed its tune on mobile?

Has Activision changed its tune on mobile? 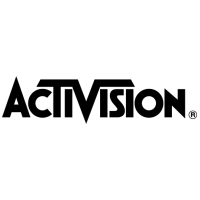 While every major publisher and their kin seemed eager to jump into the gold rush that was mobile gaming in the last few years, Activision has been one of the few major names to remain somewhat standoffish. So much so that in December 2010, Activision Blizzard CEO Bobby Kotick said: “we don’t view the App Store as a really big opportunity for dedicated games … we don’t see an opportunity for us to participate in that market.” But a lot can change in 18 months.

The company announced this morning that they’ll be establishing a new mobile games studio in the UK, headed by Team17 (of Worms fame) co-founder Martyn Brown.

While few other details are known, GamesIndustry.biz states that a number of other prominent UK development figures are involved, and that the studio is “expected to handle the development of projects based on Activision’s brands.”

It’s an interesting turnaround, but it’s not terribly surprising. A few of Activision’s earlier attempts in the App Store, like Call of Duty: Zombies and Crash Bandicoot Nitro Kart 2, were too good to miss. Likewise, the recently released Skylanders: Cloud Patrol proved that the company was more than ready to start dipping its toes back in the water. And let’s not forget that the Blizzard half of Activision Blizzard still fiddling with the idea of bringing World of Warcraft mobile in some way.

While any real details about what this new UK studio will be producing are pretty tightly under wraps right now, it’s always fun to speculate. My gut says they want to put a Call of Duty out there that trumps the high bar for mobile FPS’s set by games like N.O.V.A. 3, but my heart just wants to see the X-Men Legends/Marvel Ultimate Alliance franchise go mobile.

Hey developers, Gamezebo is coming to a town near you!