Home / News / Happy Island arrives on Android thanks to Sibblingz

Happy Island arrives on Android thanks to Sibblingz 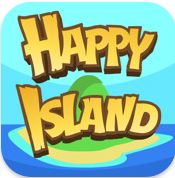 They may have made a great pitch back in May, but until now the team behind the multi-platform social gaming engine Sibblingz hadn’t managed to spread their wings beyond Facebook and the iPhone. As of today, however, Sibblingz has completed the platform trifecta, debuting Happy Island on the Android Market.

“Taking Happy Island from Facebook to the iPhone was the first phase in making Sibblingz a complete cross-platform solution,” says Ben Savage, Founder of Sibblingz. “Now that Happy Island gamers can experience the game on Android, we’re really hitting the trifecta of social gaming.”

Initially that trifecta was intended as a quadfecta, but at this time Happy Island‘s IPad iteration has yet to materialize. That being said, the game’s iPhone release proves that the game can work flawlessly on iOS, and there’s no reason to doubt that an iPad version is still forthcoming.

What does seem up in the air, however, is how popular the Sibblingz engine is becoming with the development community. Outside of Crowdstar’s Happy Island, we’ve yet to hear word of a single game or developer working with their development tools.

“We hope the success of Happy Island’s jump to mobile will set an example for other developers and brands interested in taking their game trans-platform,” says Peter Relan, Chairman of Sibblingz. “Sibblingz will provide developers the quickest, most cost-effective solution for utilizing the multi-device gaming model.”

We still stand by our claim that Sibblingz has the potential to become one of the most important names in mobile social gaming – we’re just hoping to see some developers outside of Crowdstar show the same enthusiasm.