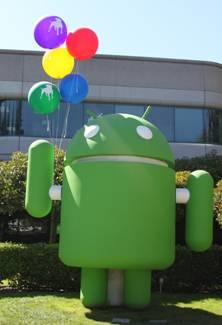 Zynga might be a powerhouse on Facebook and a rising star on the iPhone, but the big Z hasn’t made much of an impact on Android yet. Then again, it’s not like they’ve been trying. Until today, the only games they had in the Android Market were Words With Friends, Zynga Poker, and Drop7. That trio, though, has just turned into a quartet – all thanks to the Android launch of Hanging With Friends.

A popular twist on Hangman that’s remained a mainstay of the Top 100 charts since its iPhone debut back in June, the latest version of Hanging With Friends introduces cross-platform functionality that will let iPhone and Android gamers play together.

“Zynga is committed to offering great mobile social game experiences for players everywhere and strives to build the best entertainment experiences across multiple platforms,” said David Ko, Chief Mobile Officer at Zynga. “Bringing Hanging With Friends to Android devices means our players will have the ability to play and engage with even more of their friends and family wherever they are and whenever they want.”

Cross-platform play is something we’re seeing more and more these days, and it’s definitely something we appreciate.

Besides – what other game announce could get the Android mascot holding balloons?