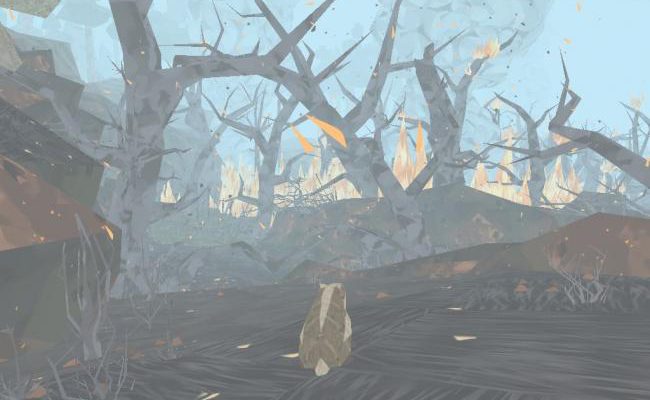 I’m a mother badger.  I awake in my den to the sound of running water, light streaming in through a small hole in the rocks behind me.  But one of my five cubs is not moving; he’s lying on the hard ground, his fur a sickly shade of gray, not deep brown like his siblings’.  I rush down the corridor, find a turnip growing in a dark corner, grab it with my teeth, and bring it back to him.  He devours it, his fur warms back to brown, and he stands up.  I breathe a sigh of relief; Shelter begins.

Shelter is a surprising game in many ways.  It’s the brainchild of Piddeveloper Might and Delight, who first met while working on Bionic Commando Rearmed.  These retro-inspired platformers both feature their own share of surprising quirks, but still fit easily into the categorization box.  Shelter does not.  Pressed for a quick pitch, it could be called a third-person survival adventure, but genre tells only one small aspect of this story.  Shelter is a beautiful, heart-warming, and ultimately devastating experience. 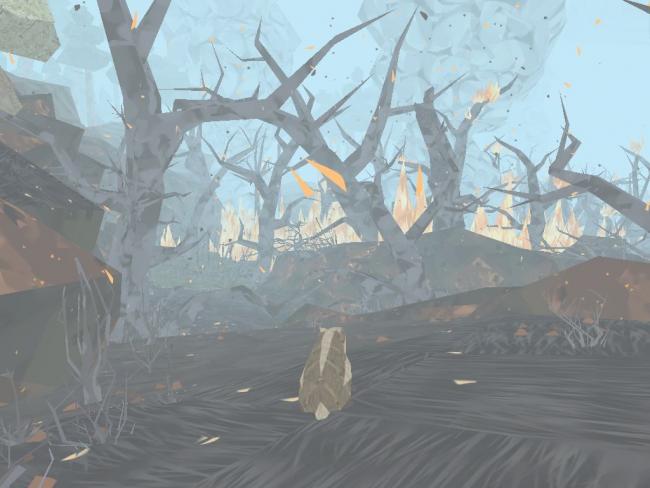 There’s no other food in the cave, so I begin walking down the same corridor, past where the turnip was.  I hear a shuffle of paws behind me and turn to see my cete of cubs following close.  They’re eager and excitable, curious where we’re going but cautious to stay near their mother.  We continue down the winding den until light is visible at the tunnel’s mouth, then step outside into a vast unknown.

It’s bright.  The trees are a rich green, bounding up from pockets of thick grass and other foliage.  There are more turnips here; I pull one from the ground and all five of my cubs chirp in delight, forming a semi-circle around me and hopping up and down.  I can see them more clearly now; while they look similar, each has their own distinct markings.  White ears or a long skunk stripe, a streaked face or a pot-belly, white strips nearly identical to mine.  I don’t know who to feed.  They all want the turnip so badly.  I drop it in front of the skinniest of the five, and we continue walking. 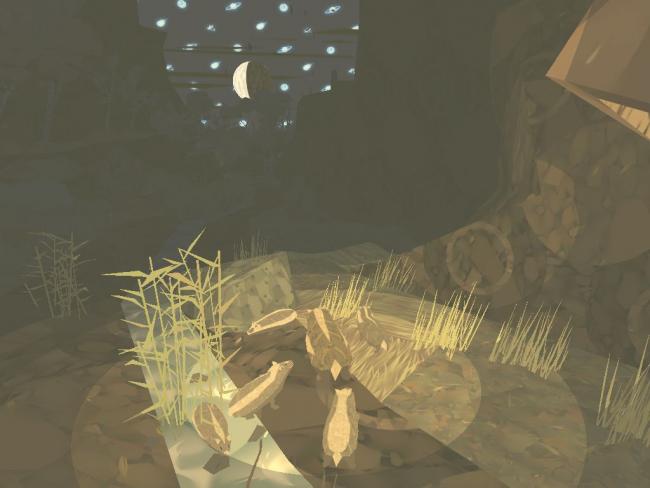 Our walk through the woods is peaceful.  There are plenty of fruit trees, so each of my cubs gets a meal in turn.  Mice and frogs are abundant if I lunge for them at just the right moment.  We follow a lone fox up a large hill, where we can see the entire forest from behind the waterfall that flows to our den.

A sudden shriek pierces the sky.  A giant shadow passes overhead; a hawk, an eagle, some bird of prey has spotted us and is circling closer.  There is nothing but tall grass in this upper region; I dive forward and wait to hear the rustling sound of my cubs following suit.  We duck close to the ground, crawling forward in search of cover.  The tall grass ends, only flat dirt stands between us and a hollowed-out log.  I wait for the bird to fly out of sight and then rush towards the log.  One, two, three, four sets of footsteps follow—where is the fifth!—but we’re in the log and it’s creaking, rolling, crashing down into the earth below.

It’s night.  The log has dropped us on an abandoned road.  Coyotes howl nearby.  I turn to my cubs immediately, count—one, two, three, four.  Only four.  We have to push on, white ears is ashen from lack of food.  It’s impossible to see what’s waiting just off the road.  The howling is getting louder. 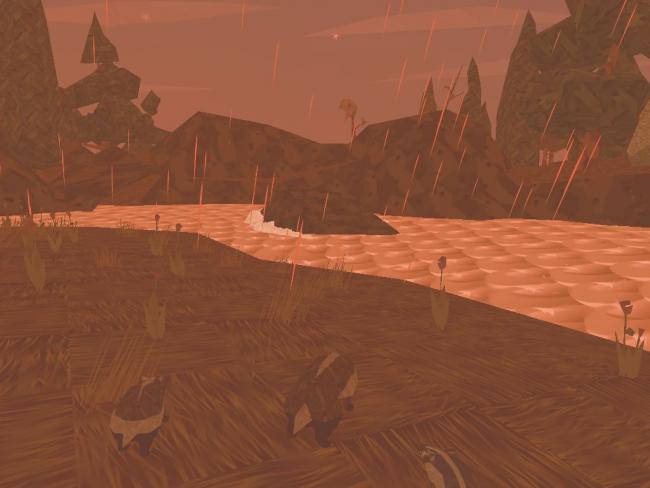 There’s no time to mourn your losses in Shelter, or even any notification that there has been a loss—but you will notice, and you will mourn.  There’s no specific objective; even the goal of keeping your cubs safe and healthy is merely implied by putting them in your direct care.  If you lose all five of them in the course of your long trip through the wilderness—and birds of prey and coyotes are far from the only dangers in this world—you can still continue on.  I made it through four different environments before the fifth claimed my final cub.  Nothing happened, nothing changed.  I kept walking.

That is, on screen.  Off-screen, I had stopped.  I was lost.  What was the point in continuing?  Why did it matter if I got where I was going?  I turned around and counted, zero, zero, zero.  There was nothing left.