Home / News / Hands-on with Night of the Rabbit

Hands-on with Night of the Rabbit 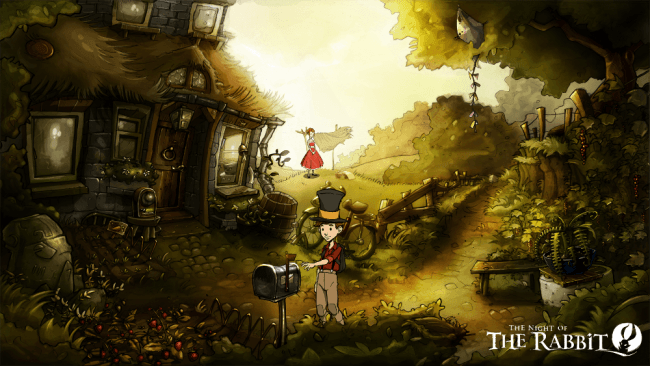 As they’ve proven with the Deponia series, Daedalic knows how to make a solid adventure game. In fact, some have even compared the studio’s recent output to that of LucasArts in their prime. That’s a heavy compliment, but it isn’t unwarranted. The studio has an undeniable knack for telling a good story, and their puzzle design is nothing to scoff at, either.

If you read my GDC preview for Night of the Rabbit, then you already know how excited I am for the game. And while nothing could curb my excitement as much as being able to play it in its entirety, I was recently given the chance to play through around 1/6 of it. Better than nothing, no?

When the game begins, you assume the role of a silent rabbit that’s confused about its whereabouts. After a few minutes of speaking with a strange character, the rabbit leaves and we shift scenes to the home of the young Jeremiah Hazelnut. Like many of us did in our youth, Jeremiah hates school with a passion. His summer is ending in just two days, and he wants to make the most of it by exploring and going on as many adventures as possible. He wanders into a nearby forest, and through a series of circumstances I won’t spoil here, ultimately ends up in the magical land known as Mousewood.

It’s one thing to watch a beautiful game in action (which is what I did back at GDC), but it’s another to be able to actually play it. Night of the Rabbit is a visual feast, with its classic animation style and meticulously detailed backgrounds. Speaking strictly in terms of aesthetics, it has pretty much everything one could want in a 2D game.

And just like any good game, Night of the Rabbit doesn’t rest on the laurels of its strong visual direction. A lot of work was clearly put into its puzzles, which serve up a challenge from the get-go. In one of my first puzzles, I had to compile a series of items in a certain way to create a fire. The game was pretty good about telling me what I needed to do this, and so the real challenge came from going out into the wild and finding everything I needed. 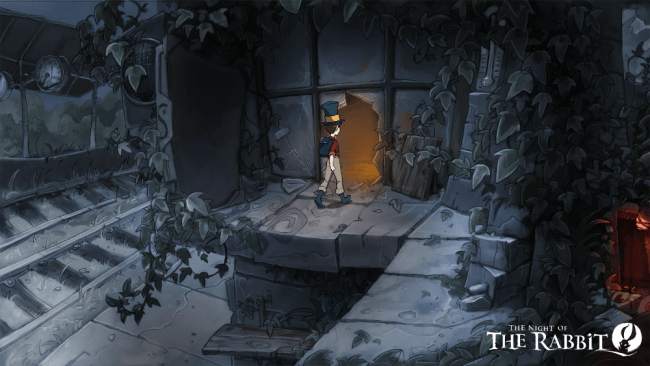 I wouldn’t say that’s wholly emblematic of what players can expect from the game’s puzzles, but it’s certainly close. Of what I saw, Night of the Rabbit wheels and deals in a surreal kind of logic that, while not always easy to understand, prevents the puzzles from ever becoming click-fests or guess marathons. Moving forward in the game requires you to think critically, and to pay close attention to what’s lying about in the environments around you.

However, unraveling the game’s many secrets requires more than just puzzle solving. You must explore Mousewood, and speak with its inhabitants whenever possible. This works out nicely, as the dialogue in the game is delightful. This is another instance where I’d rather not spoil anything with specific details, but let’s just say the town is full of quirky, likeable characters. 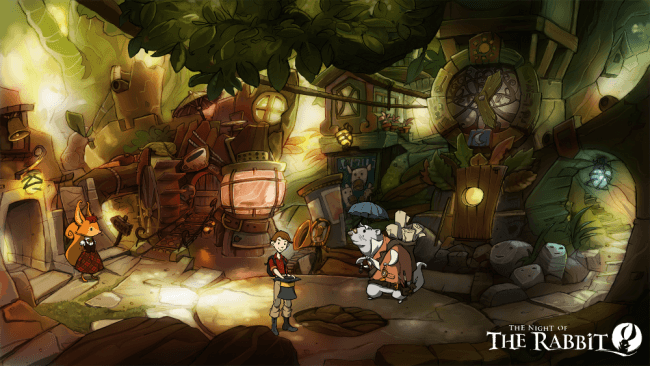 Though I wasn’t able to play a significant chunk of it, everything I’ve experienced so far in Night of the Rabbit shows promise. Assuming its story, dialogue, and other aspects are as consistently excellent as they are in the first portion, chances are good it will be one of the year’s best adventure games. Ironically, it’s all too possible it will be going against Daedalic’s upcoming Goodbye Deponia for that honor.