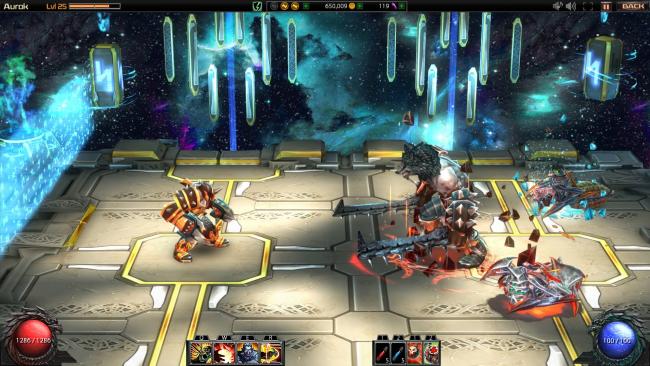 It’s not like there’s any lack of ways to work out frustration through violence in video games, but if you absolutely, positively have to beat the crap out of tons of enemies, it’s hard to beat a good side-scrolling brawler. The folks at nWay obviously understand that, crafting ChronoBlade to contain all the beat-em-up action you can handle – and it’s now in open beta on Facebook.

ChronoBlade is all about facing off against waves of enemies and defeating them in style. Combos are the name of the game, and your score in each level depends on both the number of moves you can string together, and the variety of attacks used to get there. On top of those basics is a heavy level of RPG customization that includes both active and passive abilities and plenty of loot.

The current build features two playable characters: Aurok, a Norse warrior with a hands-on, or more properly, fists-on approach to combat, and Lophi, a female with a glowing ball of energy who relies more on special abilities. They’re well balanced in the sense that neither feels obviously more powerful than the other, and though you can switch between them, they advance through the game’s campaign on their own.

Each stage has three difficulty levels with greater rewards that correspond to the greater risks. Just beating the normal difficulty is enough to unlock the next stage, but earning more stars by clearing the harder modes pays off by opening up special challenge areas. These include survival waves and timed challenges that can yield some very nice gear.

A story involving an extra-dimensional threat called the Chronarch binds the whole thing together, and while it’s an interesting one, you do have to relive some of it if you play through the game with both Aurok and Lophi. Two more characters are already being teased, and the game’s setting allows for some really creative possibilities going forward. 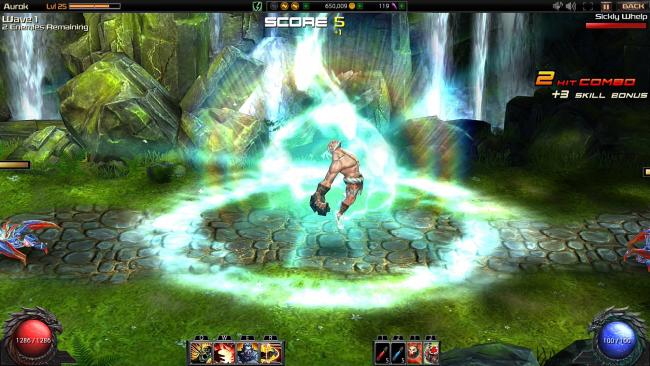 The beta has so far only rolled out its single player mode, but nWay plans on having co-op and PvP play active later this year. And if you aren’t a fan of playing games on Facebook – and you should set aside your prejudices, because ChronoBlade certainly looks lusher thanalmost every other browser-based game out there – you’re in luck, because a mobile version is also anticipated once the browser version officially goes live.

I did mention this is in open beta, right? That means that anyone can experience it by simply visiting the ChronoBlade Facebook page, limbering up all fingers to avoid cramping, and letting the beatings commence.