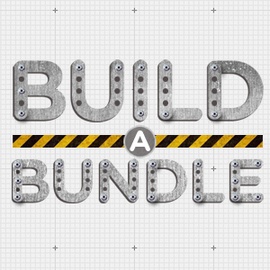 Everyone likes discount prices on games. Sales let developers get their game noticed, while consumers get games without damaging their pocketbook. We love how affordable great downloadable games can get through bundles, so we’ve been happy to let everyone know when a new indie bundle shows up.

Amongst the usual bundle all-stars Indie Royale and Humble Bundle making announcements today, the usually film and music-focused Groupees is introducing a game bundle of their own. In addition to the usual “pay what you want” scheme, this bundle has a unique feature: you can construct a bundle of up to 12 games!

The concept is, Groupees has given you a selection of 12 games, and you can pick anywhere from 3 to 12 of them to add to your own bundle, and then pay your own price. There’s a wide variety of titles to choose from, including the FPS Xotic, the side-scroller Beep, and the arcade title LightFish.

While the system will give a “recommended price” depending on how many games you’ve decided, there’s pretty much no incentive not to take all 12. Think of it as a “double size bundle” rather than a “custom bundle”.

In addition, the bundle will be releasing a trove of chiptunes and videogame cover band albums when the bundle reaches certain goals. Three albums (selections from Disasterpeace, Armcannon, and Zero Over Zero) have been awarded for the bundles 4,250 goal, and two additional albums will be added if the total hits 4,500.

It’s going to be a long summer of cheap indie gaming, and Groupees is adding to the usual summer love. Besides, 20% of all sales go to Polar Bears International. Who doesn’t want to play a dozen games while also helping the polar bears?