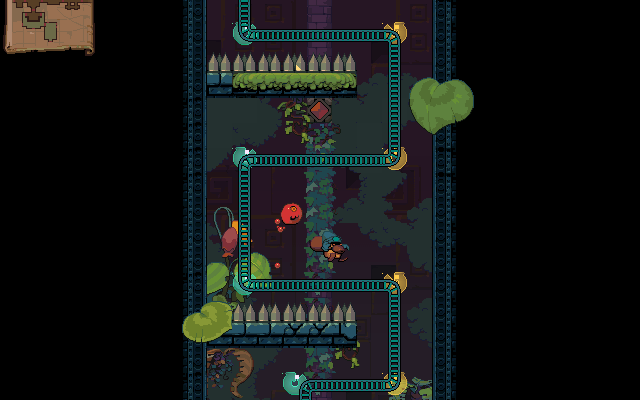 Nitrome seems to have a penchant for alternate identities. The first game that put them on my radar was Gunbrick, a puzzling shooter about a gun…that was also a brick! Now, they’ve mounted a Steam Greenlight effort to approve Flightless, a puzzle platformer centered around ducks…who moonlight as thieves! To be quite honest, I’m beginning to wonder if this developer even lives in a Nitro Dome!

All suspicion aside (for now), fans of old fashioned running and jumping are going to want to pay attention to this one. Premised on the idea that you’re a duck who’s had their wings clipped in penance for stealing, Flightless sends you on a gem-driven mission to pay back the value of what you’ve taken. The catch? Doing so requires you to navigate a monster-filled cavern, unlocking access to more shiny tickets to freedom for every group you collect. Think of it as PETA‘s Worst Nightmare: The Game.

And while stomping on baddies is in no short supply, the clever crux of Nitrome’s latest revolves around a common household item: a ladder. Seemingly inspired by by Spelunky’s rope system, you can deploy a magical ladder at any moment using the space bar; one which will extend as far up the screen as it’s able to before it hits a platform or wall. The result is an experience that questions platforming’s core assumption of carefree offensiveness, forcing you to rethink how you approach movement around a confined space, and interaction with objects. Structurally simple rooms become miniature puzzles, replicating in brief the wonderful experience delivered by Portal. Step one: dissect the motions in your head; step two: excute your plan.

But don’t take my word for it (even though I’ll be hurt and distraught)! Nitrome has made the ingenious decision to offer a taste of Flightless as a flash game to earn your discerning “Yes” clicks. Tantalizingly, it will take you from the basics, through the introduction of switches and timed buttons, all the way up to ladder-bending arrows, before cutting you off at the first major boss fight. From there, the game’s (PC & Mac) fate is in your hands. At the time of writing, I haven’t yet tested out the game’s synchronous 2-player mode, but Flightless boasts a drop-in-drop out co-op component that allows for friendly gem hunting both in the same room of the cave, and – for differently paced explorers – separate zones. 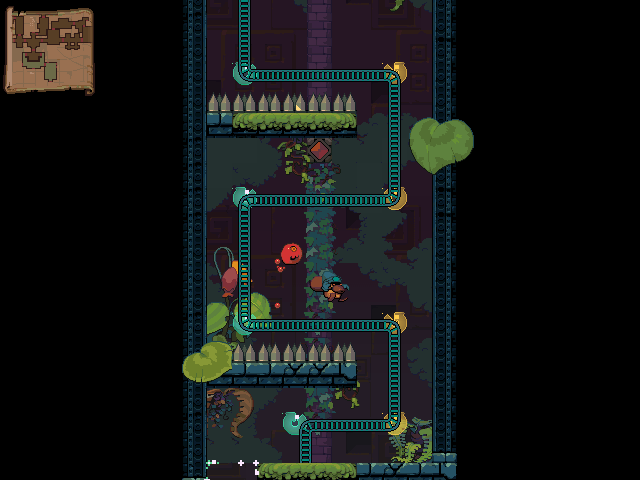 It seems like every other day we hear about a game promising to revisit classic genres, but one look at Nitrome’s website makes it clear that this is a studio poised to deliver on that promise. Personally, I couldn’t be more excited to see them make the jump from bite-sized experience to full-fledged adventure.

Click here to vote yes for Flightless on Steam Greenlight.