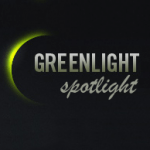 The darkness inevitably comes for us all, but that doesn’t mean we have to make it easy for it to grab us with its cold touch. Ecotone is a platforming game that encapsulates our struggle against blackness: The fighting, the running, and the sweet soundtrack that accompanies our tumultuous travels (it’s in our heads).

Ecotone by Sundae Factory takes you across several shadowy levels teeming with enemies, traps, and bottomless pits. You play as a little wide-eyed dude who resembles the Kodama spirits from Miyazaki’s movies, but who lacks an identity overall. You earn new skills as you travel through the game’s levels, and you might even learn something about the protagonist as well: Each level name spells out a sentence that clues you in to his identity, and offers solutions on how to overcome the stage’s puzzles.

There are 45 levels to work through, all spread across three worlds. Each level offers a different experience, so the powers that you pick up as you work through Ecotone should prove beneficial. A couple of powers include the ability to stop time and reverse gravity.

Interested in roaming a world that’s right out of your most memorable but unsettling dreams? Sundae Factory aims to have Ecotone out for PC and Mac in the second quarter of 2013. Vote for the game if its dark atmosphere seems like something you’d thrive on.

Click here to vote Yes for Ecotone on Steam Greenlight

Become a video game scholar with the latest Story Bundle