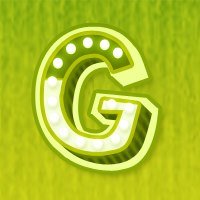 “Man, I really wish I could purchase eight cool indie games for a fee of my choosing,” you mumble to yourself. The despair in your voice is palpable, and the other library patrons are looking at you with concern. “And it would be fantastic if, by purchasing these games, I was helping raise awareness of them before Steam launches their Greenlight initiative next week.” Suddenly, the librarian puts her hand on your shoulder.

“That’s totally a thing,” she says. “It’s called The Green Light Bundle, and it’s filled to the brim with awesome indie goodness.” Suddenly, she pulls out a raggedy piece of parchment paper, and begins listing off the games available:

The librarian says it all in a single breath, and by this time every person in the library is at attention. She takes a drink from a Gatorade bottle that seems to appear out of nowhere. “Part of the money goes to the Green Light Fund, which in turn is used to help out struggling developers,” she offers. Someone tries to initiate a slow clap, but it tapers off.

“And the kicker,” she says, literally kicking your chair as hard as she can, “is that the bundle is available today.”

Cheers erupt from the patrons, and that slow clap finally takes off. The librarian walks away, and a single tear descends from your eye.