GREE shutting down OpenFeint on December 14 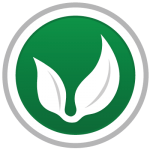 The amount of social platforms available on iOS is staggering, but few have enjoyed the same kind of ubiquity as OpenFeint. Apple’s release of Game Center in 2010 stole much of its thunder, but the plucky service fought the good fight and managed to stay afloat. That is, until now. GREE, who acquired OpenFeint back in April of last year, has informed developers that the service will be shut down on December 14.

There are quite a few games that use OpenFeint as the backbone of their social features, meaning developers far and wide will be forced to either bite the bullet or go back and get their games to work without it. GREE has offered developers the chance to bring their titles over to their new platform, but as Touch Arcade’s Eli Hodapp has stated, many of them are now hesitant towards the idea of hopping in bed with the company.

There’s no telling how all this will shake out in the weeks ahead, but we certainly hope all affected developers have an easy time getting their games up and running without OpenFeint.

CONTEST: Get a free code for Fairway Solitaire for your chance to win an iPad Mini!