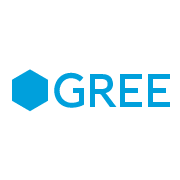 Expected to launch by the middle of next year, the official press release stressed that the new platform will be “consistent with the GREE strategy of developing products specific to the international free-to-play market.” Considering how big a foothold freemium gaming and in-app monetization have established on mobile in the last year, I can’t say I’m surprised.

“This new platform allows our partners to focus on increasing engagement and revenue, while continuing to offer the most comprehensive free-to-play gaming experience,” said Naoki Aoyagi, CEO of GREE International. “The new platform will leverage OpenFeint and GREE assets and will bring together Western and Asian mobile social markets with a goal of reaching over one billion users.”

No specific details about the platform are available yet, but GREE is promising to spill the beans before the end of the year. Those with one ear in the world of mobile social business will no doubt feel a sense of déjà vu right now, as the chain of events that have lead to this announcement bear an eerie similarity to the DeNA/ngmoco saga. You know – the one in which a major Japanese mobile social games company acquired a major American mobile social games company, and then announced plans to launch a global social gaming platform.

It’s interesting to see the titans of two different markets pair up like this to compete in the global arena. It reminds me of all of those DC/Marvel crossovers, where things like Batman and The Hulk teaming up would happen. Except this time the superpowers are America and Japan, and if you want to see how the story ends, you’ll need to make a 99 cent in-app purchase.