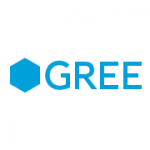 We talked about GREE becoming a major household name in mobile gaming back in February, and it looks like that prediction is edging closer and closer to reality. The major Japanese-founded mobile gaming company continues to expand, this time brining in two major North American partnerships: CrowdStar and iWin.

Veteran social games developer CrowdStar recently announced it was abandoning Facebook in order to focus 100% on mobile, and it looks like it hasn’t taken them long to reaffirm their new stance. CrowdStar will be bringing the next installment of their hit series Top Girl as an exclusive for GREE’s new social platform.

“We believe that the future of gaming is on mobile and that the industry needs both strong high quality social titles and a strong global platform to meet the needs of players and developers alike,” said Peter Relan, CEO of Crowdstar. “GREE and Crowdstar share the same idea that without social connections and a way for people to discover and interact in and around games, the industry will stall.”

Joining CrowdStar is iWin, another company with a string of successful titles in their history. Known for franchises like Jewel Quest, Mah Jong Quest, and multiple adaptations of popular game shows, iWin has announced two new games to be ported to GREEs mobile gaming platform. Expect versions of Deal or No Deal and 1 vs 100 to join the mobile network soon.

GREE, which reaches over 190 million total players over its massive social network, is looking to release its new GREE mobile social platform in Q2 2012. With their expansions and acquisitions increasing at an exponential rate, expect to that platform to make a pretty big splash when it arrives.