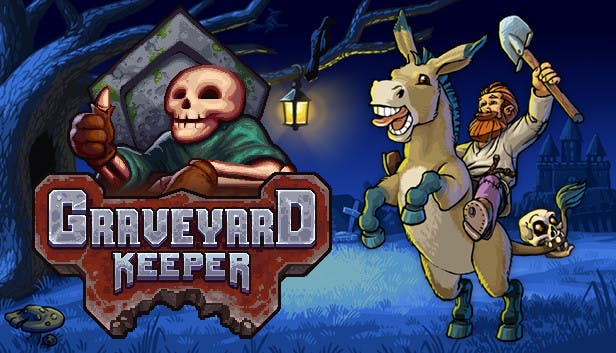 tinyBuild’s Graveyard Keeper is out right now on iOS, but is sadly yet to make an appearance on Android despite them both being announced at the same time.

In this Stardew Valley-style cemetery management sim, you’ll build and manage your own medieval graveyard. With tongue firmly in cheek, you have to try and make money from the dead.

Graveyard Keeper is a Tongue in Cheek Cemetery Management Simulator

You’ll cut costs where you can, harvest organs to sell from the dead, gather materials from the local environment and use them to craft items to sell, and head out on quest for rewards.

Things get truly dark though when you head into a dungeon to find alchemy ingredients for a potion that, well, poisons nearby villagers so you can make more money from their corpses.

This is the exact same Graveyard Keeper that you played on PC and console when it originally launched back in 2018.

And now, you can play it on your mobile – provided it’s an iPhone (link’s at the top). Sadly, Graveyard Keeper hasn’t landed on Android yet but we’ll let you know as soon as it does.

Minit, the 60 Second Point and Click Adventure, is Out Right Now on Mobile