Home / News / Grand Theft Auto III coming to iOS and Android, but only the newest devices

Grand Theft Auto III coming to iOS and Android, but only the newest devices 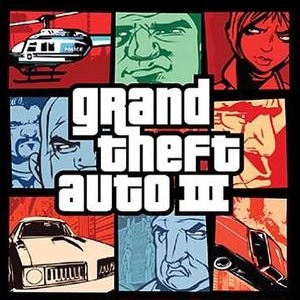 If, like us, you felt that the iPhone 4S and iPad 2 were just incremental updates not worth the price of admission, you might want to think again. Rockstar Games have just announced that Grand Theft Auto III: 10th Anniversary Edition is destined for touch screen devices – but only the newest of the new. iOS gamers will need to own something that sports the A5 chip, and Android gamers will only be able to play on the Droid X2, HTC Evo 2, LG Optimus 2X, and Samsung Galaxy S2 (or if you’re on an Android tablet, an Asus Eee Pad, Motorola Xoom, or Samsung Galaxy Tab 10.1).

No real details about the game itself are known at this point, but if we had to speculate, we’d expect the release to contain the original game with cleaned up visuals and straight-forward touch screen controls, and maybe some of the tweaks found in later games, like the ability to swim. Who knows? Maybe they’ll even throw in the content from the PSP release Liberty City Stories as a bonus.

Love it or hate it, Grand Theft Auto III redefined action gameplay and in-game storytelling. Even now, ten years later, it’s not going to be suitable for everyone – but for those it appeals to, this might just become the biggest mobile release of the year.

As of this writing, the release window is simply “this fall.” But considering this is the 10th anniversary release and the original was released on October 22, 2001, don’t be surprised if you get your hands on this one in the next 10 days. And if we’re wrong? Well… you can always pass the time with their earlier mobile release, Grand Theft Auto: Chinatown Wars. Or just spend it in line at the Apple Store, begging for that 4S you’d previously written off as unnecessary.