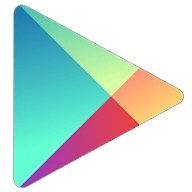 Today Google announced a drastic overhaul of the way it delivers digital content, rolling the previously disparate Android Marketplace, Google Music and Google eBookstore into a brand new, unified service known as Google Play. The idea is to share all your movies, music, books, games and more across one account via the cloud, so Android users can easily access on their content on all their devices.

Google Play is boasting that users can save up to 20,000 songs on the service for free, while also enjoying easy access to the over 450,000 Android apps and games as well as Google’s extensive book, television and movie collection. Google is celebrating the launch with a “7 Days to Play” promotion wherein they’ll be marking down the price on various games, music and other content in order to drum up excitement for the new service.

If Google Play sounds a lot like iTunes in general, or iCloud in particular, that’s because it is. Google has long faced criticism from developers about how fragmented its digital distribution channels are, and the App Store has been consistently slaughtering the Android Marketplace in terms of annual revenue. The move by Google is also a bit protectionist, as new app stores and distribution hubs have begun popping up, and Google couldn’t take the risk of having a third-party offer a bigger, better Android unified platform. It’s also interesting to note that with this move the Android branding is completely gone, which will no doubt confuse some consumers.

We’re glad to see Google make the shrewd move and get all its digital ducks in a row, but rather than challenging and prodding industry leader Apple, the Google Play platform seems to be more of a “me too” announcement. In spite of a lack of innovation though, this should at least make life much easier on Android users.