Home / News / Google set to unify all its gaming platforms

Google set to unify all its gaming platforms 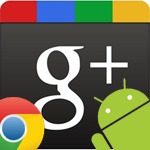 We just told you about the announcement of Google Play, but it seems like the company’s mobile service isn’t going to be having all the fun. Today the company announced plans to unify its online gaming presence as well, pulling Google+ titles, browser-based games, Android and more into one central location.

“By next year, we will not be here talking about Google+ Games, Chrome Web Store games, Games for Native Client and Android games,” stated Google product manager Punit Soni. “We will be talking about Google games.” Soni foresees integration of unique services such as Google+ Hangouts and Chrome’s Native Client to create an experience which users will be hard-pressed to find anywhere else.

Google’s plan to create a fully intertwined platform is great news for developers, as that means their games will have access to a huge audience across a large spectrum. The move is being seen as a shot across the bow of Facebook, which has been slowly working to establish itself as the primary outlet for online gaming. The only company really poised to challenge Facebook in this arena is Google, and it looks like they aim to do just that.

Going forward it seems we’re destined for a clash of the titans as these social behemoths duke it out for users. I’m already envisioning it as a sort of Dragonball-Z style fight, complete with lots of energy blasts and complete disregard for the laws of physics.