Google rumored to be making their own Game Center for Android 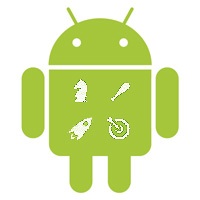 Tired of having to jump through third-party game networks on Android while your smug iOS friends gloat about their Game Center? According to a source that spoke with Business Insider, it looks like Google might be aiming to supply Android devices with a native Game Center-like app of their own.

According to their source, the Android-based games network would allow for players to employ all of the features that iOS users currently enjoy, including achievements, leaderboards, and connectivity between friends. Whether Google would use the platform itself for networking or aim to use its own network, Google+, is still up to speculation.

It isn’t far-fetched to think that Google might be planning on combining its other networks. Just this March we reported that Google was planning on unifying their major games platforms (Google+, Chome Web Store, and Android). One large social gaming platform seems like a pretty nice way to intertwine the constantly expanding web of Google-branded games.

If Google did combine all of their powers into one large social gaming app, they’d effectively pit themselves against Apple and Facebook at the same time. Facebook just announced their own App Center, built with the intention to unify and simplify their gaming platform. It seems that for these three socially-minded companies, having a strong presence in the gaming market is becoming a bigger and bigger priority.

In the meantime, keep your eye out for an official announcement from Google itself sometime later this year. Google has declined to comment on the rumors so far, but we can’t see any reason why this wouldn’t happen. Frankly, we’re surprised it’s taken this long.