Google pulls an Apple on Kongregate 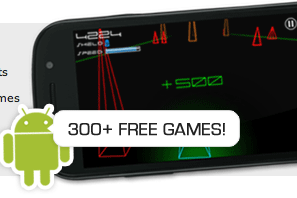 File this story under strange by true.

We have heard many stories of how Apple has rejected or not approved apps because they did not meet Apple’s terms (code for, not fit with Apple’s business requirements), but never Google. With Android, Google has an open system and everything, including adult-entertainment, gets through, until now. And, the first app to get removed from Android by Google is…a flash game app by Kongregate?

That, apparently, is the rub, according to Google’s public statement. Because Kongregate’s Android app allows users to cache hundreds of flash games for offline play, and makes it a competing software distribution platform to Google.

So, for all the talk by Google about how Android is superior to Apple and the AppStore because it’s open and allows for flash, at the end of the day, Google can reject any app as it sees fit with its loose terms of service, just like Apple. In which case, Android is not so open after all.

Which begs the following questions:

How is Amazon Kindle Reader for books any different or non-competitive than what Kongregate is doing with games? Surely, Kindle is competitive to Google Books? I see the distinction but it’s a bit quibbling.

If Kongregate’s Android app is competitive since it lets you play the games cached offline, can we assume that is part of Google’s plans for games on their site (whenever they ever get around to launching something)?

Google’s Android system may more open than Apple, but Apple’s rules do make more sense, at least in regards to this bizarre matter.