Google gaming console in the works 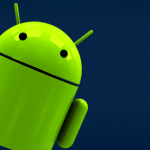 Move over OUYA, there’s a new Android console maker in town. And unlike OUYA, this particular entrant won’t need to go to Kickstarter to raise funds for its machine. That’s because the maker in question is Google, owner of the Android OS and one of the largest and most ubiquitous tech companies around.

Google has said nothing officially about its console ambitions, but sources close to the situation have told the Wall Street Journal that it is indeed in the works – and that its development is being spurred in part by fears that Apple is readying a video game console of its own.

That’s fitting, as building a dedicated box to control all parts of the Android game ecosystem is a particularly Apple-esque move. Despite Google’s mixed track record when it ventures from software to hardware, it makes perfect sense to cut out the middleman and keep the entire gaming pie for itself. It’s a rapidly expanding pie too. While mobile games on iOS have a big lead on those found on Google Play, Android gaming is growing at a much faster rate.

Google has also seen OUYA do some of its dirty work, testing the waters for an Android-based console. Regardless of the final verdict on the crowdfunded gaming cube, its mere existence could be the proof of concept that Google needs to travel down the same path.

Of course nothing with Google involved could ever really be called a microconsole. If this story turns out to be true, it has the potential to shake up both mobile and console gaming. It could easily swing the balance of exclusive games from iOS to Android, and it might force the redefinition of the eighth generation of gaming consoles to include more than products from Sony, Microsoft and Nintendo.

All that’s left now is the waiting, which as Tom Petty once noted, is the hardest part. One thing is certain: Google will have an official comment if and when it’s ready to show off its new game machine.

All Aboard for Savings: Get Trainz Simulator for $14.99