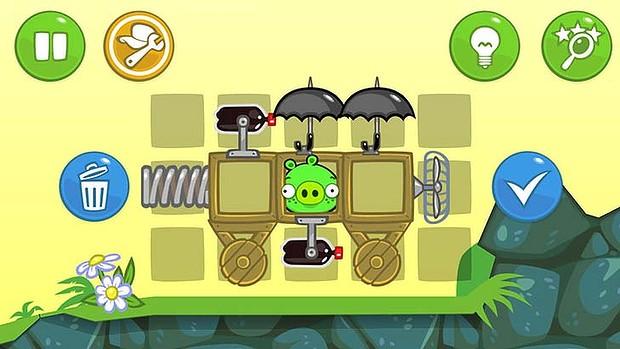 A career at Rovio would be any programmer’s dream. And being there when it was still a small company of a dozen or so people? That’s a level of street cred few industry vets can claim. Yet Marco Rapino decided to leave that all behind.

Heading back home to Italy, Rapino founded the small indie studio Chestnut Games. Their first game, Kyubo, launched earlier this month. To celebrate the occasion, we spoke with Rapino about his world after Rovio, and what the experience of Chestnut’s first game independently was like.

Before starting Chestnut Games, you spent time as a lead programmer at Rovio. Tell us a bit about your life at the house that Angry Birds built.

Working at Rovio was great, especially in the beginning when we were just a bunch of people (around 12-15) building great games and dreaming big. The best thing you can get from Rovio are people. All of them are really nice and friendly, they’ve been my family while my real one was 3000km away from me. A lot of talented programmers, artists and designer. Working hours go away really fast, the mood is really relaxed and playful, but also at times quite stressful when handling the pressure of releasing top selling games with really tight deadlines.

Rovio was great, there wasn’t anything wrong with it. However I’m a guy who likes small teams and the indie world more than a corporate one. I always had the dream that one day I’d have loved to export my skills and expertise back home, in a country where game development is far behind many other countries in the world. I was about to turn 30 (at the end of this year), so I told myself: do you wanna take the risk building your own dream now and in case you’ll still have time to fix things if they go wrong, or do you wanna have a career in a big company taking all the benefits and glory that comes from it? I chose the first one. 🙂

Rapino was the lead programmer on Bad Piggies

There are places around the world where the indie game scene is booming, but few people would think of Italy in that light. What makes Italy a good home for Chestnut Games?

Indeed Italy is lagging behind. However I think it’s not because there’s no indie scene or developers in Italy, actually is quite the opposite, there’s plenty of talented people here. The problem is the people’s mind set who still look at games like a business for kids, affecting investments in small studios. Maybe those people should look at some companies revenues to change their mind..not to mention how media don’t give us visibility at all, it’s really hard to get reviewed or even a news published by a national newspaper/magazine. Being in a country where the competition is lower and the available unexpressed talent really high, gives us a good ground to try to start something new and innovative for the country.

Tell us a bit about your debut title, Kyubo.

Kyubo is a puzzle-action game. When brainstorming ideas about what kind of game we wanted to do, we agreed that puzzles and platformers genres were what we wanted to develop for our first title. We love puzzles (I’m a D&D DM and my players knows it well!), to challenge and be challenged by them.

Kyubo is a puzzle action game that combines thinking and action. It has the standard platformer game elements merged with a puzzle component (Tetris like), that makes the gameplay innovative and unique. Timing the right jump or move is not enough, the player has to build its own way out of each level by moving magic cubes, with the help of some old magic spirits, to disarm traps, enable triggers, access far locations and finally get to the exit door and move on to the next level, eventually finding the real exit of the place where he found himself trapped.

The levels can be solved in many different ways, however only the one with the minimum amount of moves will award the player with the crown present in each level. The progression through the game is not linear, the player can pick different paths in the map during the escape.

So far, reading people reviews from all around the world, many of them really liked this kind of mix that we managed to create in this retro looking style game.

How did your time at Rovio inform the development of Kyubo?

I learned a lot from Rovio especially from the last project in which I was the Lead Programmer, Bad Piggies. It was done using Unity3d, which is the same engine on which Kyubo relies on. Not to mention how Rovio is really good at marketing and promote their own games, from them I learned so many tricks which have been really useful for the launch of our first game. Finally I had a great producer in Bad Piggies, Jaakko Haapasalo, and even a greater executive one, Petri Järvilehto – creator and designer of Max Payne and Alan Wake, who taught me so much about project planning and attention for every small game detail. Details can make a huge difference between 2 similar titles.

Rovio has recently partnered as a publisher with smaller developers on the Tiny Thief and Icebreaker. Did you consider pitching Kyubo to your former employers?

Not at the moment. We wish to stay independent as long as we can, we will of course evaluate the chance of getting a publisher if it’ll be really needed.

Piracy has been something of a plague for Android developers, and unknown indie developers have a hard time with paid downloads on iOS. Despite this, you’ve decided to charge for Kyubo on both platforms. What prompted this decision? And why do you think you’ll be successful going this route?

It is sadly true that piracy is a big issue, even though so far we had many more pirated versions from China on iOS (about 1000 in less than 24h) than on Android. Even bigger issue on Android is how the store works and how this affected people’s attitude on buying apps on it. Google doesn’t force you to have a credit card when you register your account, Apple does. Many people simply don’t buy because they don’t want to register their own credit card. This made so that many developers started monetizing through ads and making their apps free. That made so that users got used to free stuff even more, making paid apps to look something like: “you want to milk money out of me”, which is of course totally wrong. This is a trend that I hope will change. I hate ads, they totally ruin the game experience in my opinion and I believe 6 months of hard work are definitely worth 0.99$. Hopefully people will share the same thought and support it. Apple users are much more willing to spend their money since that is how Apple “educated” them. Sounds funny to use the word “educated”, I know, but that’s how it is. 🙂 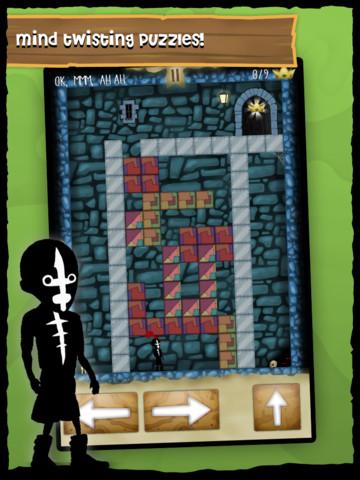 What’s next for Chestnut Games?

We already have two new games on the table, something completely different from Kyubo. In every game concept we develop, we always try to find something experimental and new that we could add to it, to make it to stand out of the huge amount of games that are already available on the market. Oh yeah, also Kyubo has something cool in the final levels, let’s see if the players will figure out how to solve one of the 70 levels which is a bit different from the others.. 😉 There’s also been some publishers who were interested in our future projects. We are planning to release our second title by the end of this year, plus keeping updated Kyubo with new content and some new cool online feature we are working on, and in case porting it to new platforms if the game does well on the current ones. Again the biggest challenge for us, and especially for myself, was to step down from the top of the mobile gaming world and start all again from ground zero. This is my main goal, and if I’ll succeed in that, it would be a dream coming true!

If someone reading this is working for a big name, but thinking about breaking away to start their own studio, what advice would you give them?

Do it! However only if you leave because you’re passionate about games and you don’t want to stick with some big brand and all the constraints that come from it. Don’t do it thinking: I’ll be the next indie developer that from a garage will get to the top of the world. It’s a wrong and dangerous attitude, everybody likes to make a lot of money and we all need it to live and pay our food and bills, but games are passion and a form of art which shouldn’t be enslaved to money. That will just make you unhappy and really stressed while developing your own game. Do what you really like and try to think what other people might like too, don’t go the other way around.

If you could say anything to Rovio right now, what would it be?

Guys, you are over 600 people now and you all got really fancy smartphones, so buy and promote our game! No just kidding, I’d tell them thanks for all I learned and all we shared during almost 3 amazing years. I wish them all the best, including those who left like me for their own indie venture. If there’s a Chestnut Games today it’s because there was a Rovio yesterday, let’s not forget that. 🙂

CONTEST: Get lucky with Lucky Bingo!