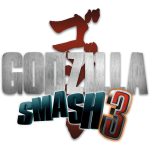 There’s a pretty fantastic-looking Godzilla reboot on the horizon. If you haven’t watched the trailer yet, you should go and do that now. Go on. I’ll wait.

Did you watch it? Amazing, right? Godzilla + Walter White = the only movie you need to see this summer. A monstrously huge movie like this deserves an equally monstrous video game tie-in. But instead of a crazy, over-the-top action game, the King of All Monsters is about to get saddled with a genre not terribly befitting of his city-crushing nature: the match-3 game.

And did we mention it’s being developed by Pipeworks Software, the folks responsible for Godzilla: Destroy All Monsters Melee and its two sequels?

Ok, maybe this could be good after all.

Google Play Games is about to get a whole lot better