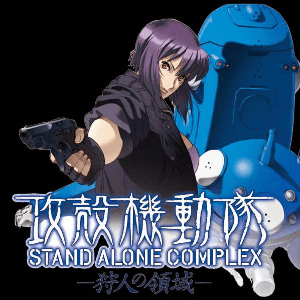 Popular anime series Ghost in the Shell: Stand Alone Complex is coming to PC in the form of a free-to-play first person shooter. The announcement came from Nexon, a company specializing in F2P games, which is like best known for its 2D browser-based MMO MapleStory.

Titled (appropriately enough) Ghost in the Shell: Stand Alone Complex, the game will be released in 2014 under partnership with the manga publisher behind the anime, Kodansha Ltd. While North America isn’t listed specifically, the press release does claim a “worldwide release” for the game, which is said to feature various game modes, like co-op online multiplayer, offering players a few options when choosing their preferred method of mech blasting. Like other Nexon free-to-play games, its gratis price tag will be supplemented by microtransactions.

The 90s cult classic anime has gone through several video game incarnations over the years, the first of which was a mech action game for the original PlayStation. Oddly, this newly announced game will be the third release from the franchise under the name Ghost in the Shell: Stand Alone Complex. The first game to wear the title was a third-person action game for the PlayStation 2, released in 2004. The next one released for PSP the following year, but took the form of a first person shooter. Neither game garnered much critical praise, so let’s hope the third time’s the charm.

Zynga and EA bury the legal hatchet with settlement