GBA4iOS gets tactile with G-PAD 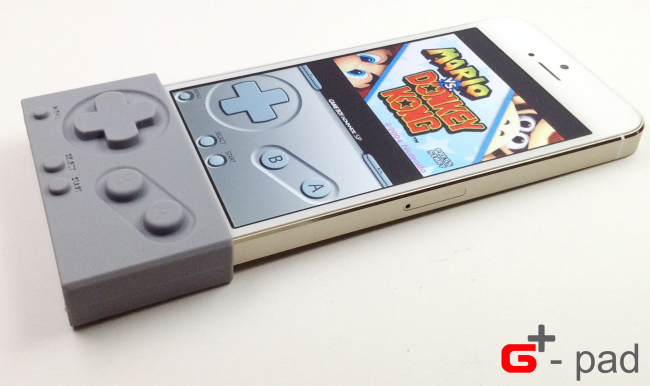 While the legality around playing ROM’s is murky at best, that hasn’t stopped GBA4iOS from becoming an insanely popular option for gamers looking to bring a little Game Boy Advance nostalgia to the pockets of 2014.

Besides, until Konami decides to release a proper Castlevania game to the App Store, this is as close as you’re going to get.

The only downside to the app is that, well… it’s an app. iOS devices are touch-screens by nature, and even though the touch controls work incredibly well here, there’s just something missing. Old school gamers sometimes crave a more tactile approach.

The G-PAD is the answer to their prayers.

A silicon sleeve that slides over your iPhone, the G-PAD lines up with the touch buttons of GBA4iOS perfectly. It’s simple – and it probably lacks the same satisfaction as pressing real GBA buttons – but if you find that your fingers miss their targets a little too often, this could be a perfect solution.

G-PAD is currently raising funds on Indiegogo. The “early bird” $13 pricing has already sold out, but you can still snag one for $25 (or, if you’re reading this in time, with their limited $18 Easter deal). Expect to see the G-PAD start shipping to backers in August.