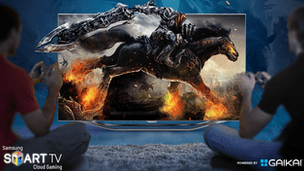 The dust has settled on Day 1 of the E3 show floor and on each of the big console players’ presentations. Gaming websites are ablaze with debate. Who “won” the perennial contest for most impressive slate of titles? Was Nintendo’s press conference rife with awkward dialogue (okay, there’s not debate on that last one)? Hidden amid the usual chatter, however, are the announcements of a couple new players looking to make a splash in the industry. And by the way: they make phones and TVs.

First up: a huge partnership announcement from telecom giant Samsung. They’re stepping into the video game arena with a new service they’re calling “Samsung Cloud Gaming” with the help of Gaikai, known for their streaming service that lets you play indie, casual, and AAA titles in the browser and on host websites. In the near future, owners of Samsung LED 7000 series and up Smart TVs will be able to choose from a suite of available titles, all of them streamed to the screen using Gaikai’s technology.

As Samsung points out, this means access to games like Mass Effect 3 and Fifa 2012 “without any need to download, install or patch/update games.” In addition, the company made a point of noting that “Consumers will be able to try the games for free and only pay for games they fall in love with.”

Speaking of which, it seems like a fling has begun between streaming service OnLive and LG. The former, whose investors include Warner Bros., HTC, and AT&T, is an already-existing streaming platform that boasts the ability to play centrally hosted AAA titles across multiple devices in a drop-in-drop-out fashion. As of today’s E3 kickoff, the company has announced the spread of their service to LG’s smart, Google-powered TVs. For the more competitive gamer, the latter partnership might be more exciting, as OnLive has an already existing infrastructure of worldwide spectator matches, voice chat, footage recording, and “brag” clip sharing. 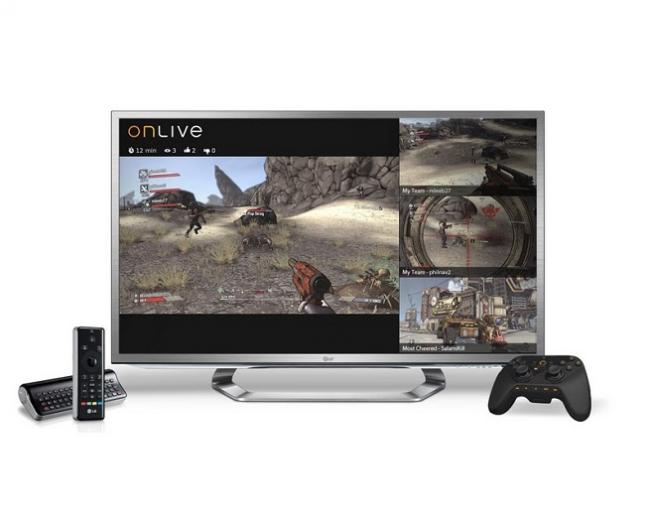 Either way, however, these more quietly announced steps forward are arguably more disruptive than anything we’ve heard from the video game old guard this expo. Sure, Nintendo’s tablet controller may be earning more celebration (and scrutiny), but it’s these emergent plays that I think will end up being seen retroactively as the first in a line of dominoes to fall for console dominance. Effectively, streaming done right turns a home console into an unnecessary middleman, and the developers that make them into software-creators waiting to happen.

More importantly, with technology creating increased convenience at a rapid rate, consumers are continually looking for anything to make their lives easier and less encumbered by dedicated devices. Meanwhile, software developers like EA and Ubisoft are willing to diversify to capture as much of the pie as they possibly can. It’s always a dangerous thing to do, to ask an audience to mark your words. But mark my words: eight or nine E3s from now, we’ll be hearing about Sony, Microsoft, and maybe even stubborn Nintendo’s latest releases for these digital streaming services.

And Samsung, LG, Gaikai, OnLive, and cloud companies everywhere? They might just be making the big presentations themselves.