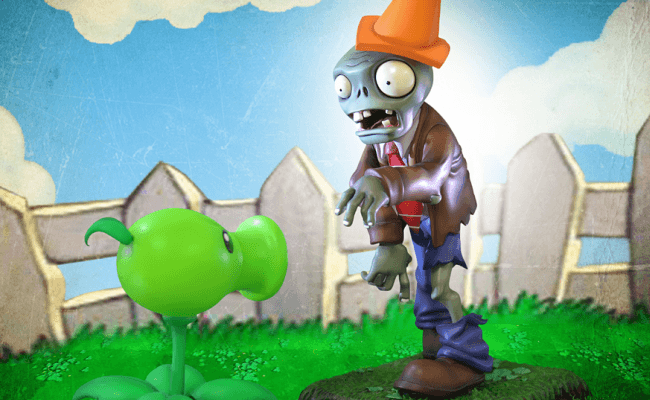 Gaming Heads, the popular manufacturer of quality video game-related action figures and toys, has announced a new licensing partnership with PopCap today: resulting in the creation of a few new exclusive statues based on characters from PopCap’s beloved Plants vs. Zombies franchise.

The limited edition PvZ statues will be in depiction of two of the flower defense game’s most iconic characters: the Peashooter plant, and of course, a brain-hungry Zombie. Gaming Heads has also announced that as a further exclusive to each model, fans will be able to purchase more limited versions that include a road cone hat to dress up your Zombie with, and an extra pea bullet to fit in your Peashooter’s mouth. 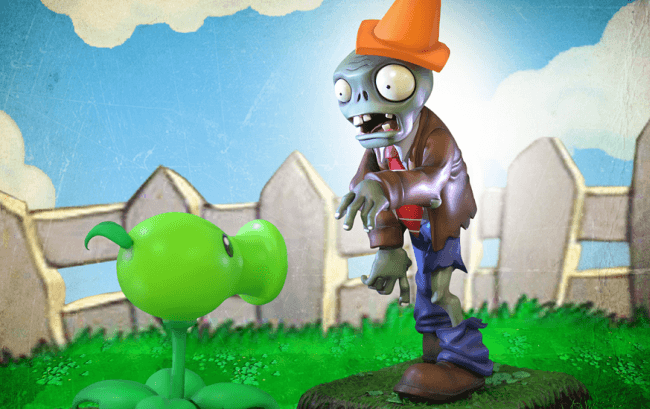 You can catch a glimpse of the 9″ Peashooter and 13″ Zombie right within this page, and they certainly seem to be some of the most realistic-looking PvZ memorabilia that I’ve seen in a while, in really capturing the look and feel of the characters from the game perfectly.

The regular editions will be limited to 750 units, while the exclusive editions containing the road cone and extra pea accessories will be limited to 350 units, so you’d better get to ordering soon! Pre-orders are currently live right now on the Gaming Heads website, and all statue models are expected to launch worldwide in Q1 2014.

Will you be picking up a new Peashooter or Zombie statue to stand guard on your lawn? Be sure to let us know in the replies!

Save the world one verb at a time in Marvel Run Jump Smash!