Another year, another list of predictions.  You’d think by know we’d realize that we’re not quite Nostradamus, right?  HA!  Nostradamus was a chump!!  For it is I, Gamezebo’s humble editor who is the Seer of Seers, the Sage of Sages, the Prognosticator of Prognosticat… oh?  That’s Punxsutawney Phil?  That darned groundhog!

While I might not have the psychic powers of a large rodent, I do have a pretty good knack for predicting future trends based on past behaviour.  Will I be right?  Be sure to revisit this post in early 2014 and let me know how brilliant I am!

Kongregate will provide Facebook with some serious competition.  Despite the millions of people that flock to Facebook games every month, there’s a huge cross-section of the gaming population that wants nothing to do with playing games on the social network.  And it’s not necessarily because they’re averse to free-to-play, either.  Some of them don’t want their family and friends inadvertently spammed, some of them want to keep their profiles professional for work – there are plenty of reasons.  But what if there was a place where they could enjoy the same games without the need for Facebook?  Enter Kongregate.

Already a leading destination for Flash games, 2012 proved an interesting year for the ol’ Kong.  A number of Facebook games started popping up on the service sans Facebook requirements (Outernauts, Legacy of a Thousand Suns, Dragons of Atlantis), and they’ve been incredibly well-received by Kongregate’s audience.  What’s more, the site offers a lot more of what gamers want: achievements, communities – and most importantly – curation.

That curation is key, and it’s something that Kongregate does better than Facebook or iTunes.  New games are featured and highlighted regularly, giving developers plenty of incentive to choose Kongregate over the competition.  And while I don’t have any numbers to back this up, my gut says that the engaged audience at Kongregate probably monetizes better per player than on competing platforms.

Oh – and did we mention that free-to-play downloadable games are available on Kongregate now too?  Wrap all of these facts together, and you can see why I can’t help but feel Kongregate has primed the pump for an amazing 2013. 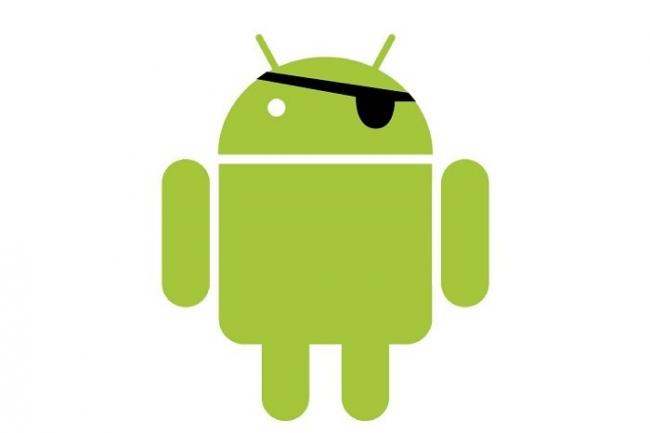 Google will try to address piracy on Android.  It’s the most popular mobile operating system on Earth.  More than 500 million Android devices have been activated.  Yet despite this, it’s treated as a second class citizen by developers.  Why?  Because piracy is rampant.

As a result, the majority of games you’ll find on Android are ports of existing iOS games that have been modified to monetize through advertising.  Think about that for a minute.  If you’re a developer who just poured blood, sweat, and tears into making a premium mobile game that you want to charge $2.99 for, why would you launch it on a platform with – according to some developers – an 80-90% piracy rate?  Instead you’re going to launch on iOS, enjoy the ride as long as you can, and then MAYBE try porting to Android as a free game after you’ve squeezed every last penny out of iOS gamers.

If you’re Google, this is a situation that kind of sucks.

The catch-22 is that Android’s success can in part be attributed to the fact that developers and consumers don’t need to play in a walled garden like Apple insists upon.  So how do you address piracy issues without violating the open freedom that the platform is known for?  I have no idea.  Luckily the folks at Google are a lot smarter than me – and I’m hopeful that they’ll finally try and figure this out in 2013. 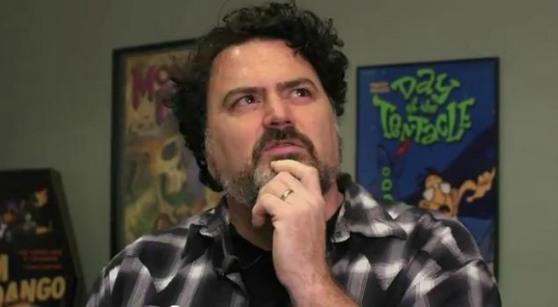 Tim Schafer will make a game based on a LucasArts license.  Call this one wishful thinking, but now that Disney has purchased LucasFilm (and as a result, LucasArts), it doesn’t seem too farfetched to think that Double Fine might be able to purchase the rights to the LucasArts catalogue of adventure games.  After all, Tim Schafer and Ron Gilbert (also at Double Fine) were responsible for pretty much the entire library of LucasArts classics, from Monkey Island and Maniac Mansion to Grim Fandango and Full Throttle.  Why wouldn’t they make a play for ownership now that there’s a new party to petition?

There’s plenty of wiggle room here on what such a purchase could mean, too.  A Grim Fandango sequel perhaps?  Steam re-releases of the entire library of games?  Cleaned-up “special editions” like the first two Monkey Islands received in recent years?  A cornucopia of behind-the-scenes treasures coming to light in the way of bonus content?  Really – the possibilities are endless.

Even if Disney’s price is too high, I wouldn’t be surprised if Double Fine were to develop a title in partnership with the House of Mouse.  Come on, Tim.  Pick up the phone and make something happen this year!  (You know, other than the myriad of crazy exciting projects Double Fine already has on the go). 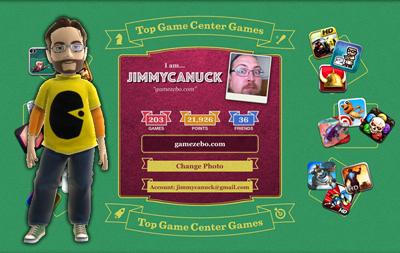 Xbox Live will compete head-to-head with Game Center on iOS.  Microsoft are a strange beast.  Sometimes they make baby steps in a direction that seems brilliantly sensible, and then nothing ever comes of it.  Age of Empires Online was a triumph in free-to-play design, and since then we’ve barely heard a peep (yes, I’m aware of Flight).  And while they didn’t take my advice to push hard into free-to-play then, I’m hoping they’ll take my advice now: DON’T LET WORDAMENT BE THE ONLY IOS GAME WITH XBOX LIVE INTEGRATION.

Released this past December, Wordament was one of those surprising little iOS titles that we were shocked to see list “Microsoft Corporation” as its publisher.  This wasn’t the first time we’d seen this – in December 2011 they brought the Windows Phone version of Kinectimals to the App Store, and the summer 2012 hit Tentacles: Enter the Dolphin came from their publishing house too.  But Wordament did something different than any of their past iOS releases: it let players earn Xbox Live achievements.

Before we follow this thought any further, let’s step back a minute and think about a little product called Game Center.  Game Center is Apple’s answer to Xbox Live, and much to everyone’s surprise it’s become the de facto social service for iOS gamers.  Why to our surprise?  Well… because it’s not very good.

Before its launch, there were a number of competing platforms vying to be the top dog.  OpenFeint in particular was fantastic.  But GameCenter quickly crushed the competition by being built into an iOS update, making it an easy sell to get everyone signed up – in turn making it all too tempting for developers to use.

But here’s the thing.  There are already more than 40 million Xbox Live users, and a lot of them are clamoring for achievements, leaderboards and, just about any chance to gloat that they’re playing something awesome.  And Xbox Live is already built into Windows Phone, meaning they know how to take it mobile.  If anything, this could be an opportunity for them to bring Windows Phone exclusive games (OMG, I’m looking at you) to a much wider audience.

I wouldn’t expect Microsoft to open up Xbox Live to many developers, so I’m not sure if it will compete with Game Center in terms of sheer quantity, but I would expect to see the Top 10 list steadily occupied by games that can let you rack up your Xbox Live gamerscore. 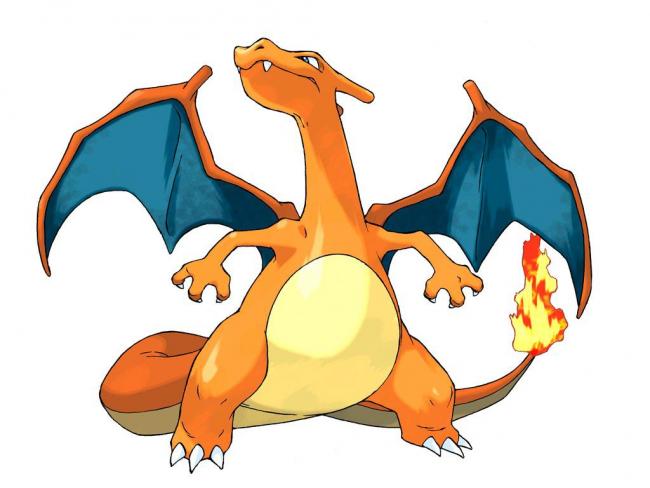 A fully-fledged Pokemon game comes to iOS.  Every New Year’s list is entitled to one crazy prediction, and here’s mine – we’ll see an official Pokemon game on the App Store before the end of the year.  Why?  A few reasons.

First up, Nintendo’s ownership over the Pokemon brand isn’t as straight-forward as their ownership of Mario or Zelda.  A lot of the product is controlled by “The Pokemon Company International,” which in itself is a subsidiary of Nintendo.  So Nintendo owns part of it, and a company owned by Nintendo owns part of it.  That shouldn’t cause any problems for them to make sure everything stays in-house at Nintendo, right?

Wrong.  I don’t know how, I don’t know why – but The Pokemon Company International seems to be Nintendo’s sly excuse for breaking their “Nintendo characters only appear on Nintendo systems” rule.  The Pokemon trading card game has had a great web-based version since 2011 that can be played in any browser, and a few weeks back, The Pokemon Company released an official Pokedex app to – you guessed it – the iOS App Store.

With an endless parade of kinda crappy Pokeclones on the App Store already, it feels almost inevitable that they’ll want to jump into the fray somehow.  Just don’t expect it to be a port of an existing Nintendo game – they’ll want to do something that doesn’t muddy the “Nintendo games on Nintendo systems only” rule.