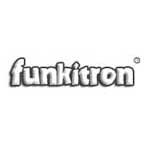 Dave Walls has been creating casual games before the term "casual games" was created or even before Gamezebo existed. In 2001, Dave left his cushy job producing games for Hasbro to launch his own company Funkitron. Funkitron has released numerous hit games based on popular licenses, such as Scrabble, Slingo, and the Poker Superstars Series (1 & 2). We sat down with this veteran to discuss the past, present, and future of casual games.

Funkitron is a "funky" name. How did you come up with it?

I paid millions of dollars to a corporate branding company. They did design studies, consumer research and focus group tests.

I wish I had some sort of interesting story here, but I remember just sitting down and thinking: Okay. I’m starting a company and I need a name. Funkitron just popped into my head.

What games have you developed that you’re especially fond of?

I’ll say the usual "all of them", of course, but in a way it’s true. It just takes so much time and energy to make a game perfect, that you can’t just like it; you’ve got to love it. But if I had to pick a couple that I find myself still playing, I would have to say: (1) Scrabble Blast, because it still feels like Scrabble even though it is a dropping letter game; (2) Funkiball, because the star system just keeps you playing over and over and over; and (3) Poker Superstars 2, because I find that the Artificial Intelligence (AI) is actually forcing me to be a better poker player.

What about other developers’ games? Anything new and interesting that has caught your attention recently?

Personally, I always like the games that come out of Reflexive.

The first thing people notice is that the challenge has gone way up. The AI in this game is brand-new and state of the art. The AI has learned how to play by playing millions of tournaments and it really shows. Poker Superstars 1 taught you the game in a fun way, whereas Poker Superstars 2 really now challenges you to win. But if you want just a fun game, we still have the old AI included with the game in the "Amateur" setting. I set that when I want to feel like the amazing poker player I know I am.

You were one of the first people to develop casual games and sell downloads online back in 2001. How have casual games changed between 2001 and today? Where do you see this going in the future?

Yeah, it has been great watching the industry grow since those ‘early years’.

The biggest change in casual games has been in the production quality. In 2001, it was easier to put out these little games with simple great fun, and not too much gloss. Now it seems that the gloss factor is rising.

But, in the future, I don’t see these games necessarily just getting bigger and bigger until Slingo becomes this 50 million dollar Hollywood production. I think casual games have proven that the customers really want these quick fun experiences; that there is something compelling about small games designed for spare moments of play. They probably will become more and more polished of course, but I think in the end, they will always deliver these little nuggets of fun.

Working with licenses is a huge challenge, and requires a lot of work. You’ve got to make sure you do a high quality job for the brand and your licensor. You’ve got to make sure you give the fans what they are looking for. And then you have to find ways to extend the brand and take it to new places. Luckily, Funkitron has been dealing with brand games like Scrabble, Boggle, Slingo and Poker Superstars for the past 5 years now, so we’ve gotten pretty good at dealing with these challenges.

Who do you think is the ideal player of Funkitron games?

The ideal player of Funkitron games is a segment I call "everyone". The games we make really do appeal to a very wide range of people. From a parent looking to squeeze some Slingo fun into a spare hour, to a kid who wants to smash some balls in Funkiball, to a gamer looking to play some hands in Poker Superstars in between rounds of Halo. For example, I found that two of my key testers for Funkiball consisted of my son, my dad, and one of my hardcore game programmers. Each had a different way they approached the game and it proved to be very useful in testing game play.

What other platforms, besides the PC, do you believe are ideal for casual games?

I designed a games area on an experimental Interactive Television system way back in the early 90s. Even then, I saw how casual games work great on your TV. I’m looking forward to seeing that happen for real someday. In the meantime, I believe that game consoles, like Xbox Live Arcade, are the next big market for Casual Games.

Can you give us any sneak peeks into your upcoming games?

We have a new Slingo game called Slingo Quest that will be coming out next Fall. As you can guess, it takes Slingo game play into the quest style game format, and so far, it looks like it is going be really, really fun.

Lastly, any closing words for your fans out there?

The best part of making games is knowing that people around the world are having fun playing something you created. So we always say: "Thanks for playing!"