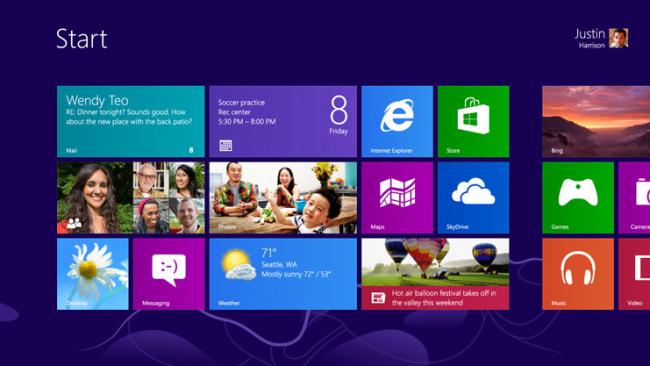 There is nothing duller than when prognosticators make obvious predictions.  So, let’s get them out of the way: iOS will continue to be the dominant platform for games. The Wii U will fail. Tablets will remain huge and games retail and the console market will continue to falter. Duh!

With those addressed, let me give you some 2013 predictions that go out on a crazy limb:

1. The iPad Mini will be the best-selling game device of the year.  Yes, I know; I just said it’s obvious that tablets are going to be big this year.  But I think the iPad Mini will be the killer device for games in 2013, especially after they release the next version in March with Retina Display.  The iPad Mini, and all 7-inch tablets, are the perfect gaming device.  Unlike the regular iPad, your hands do not cramp after playing for an hour, and it fits perfectly in the hands of kids.  Google’s Nexus 7 could be a game changer as well, assuming Google can A) get more devices out of production and into stores and B) continue to improve the Google Play experience.

2. China comes of gaming age.  It’s a good thing Apple will have a hit with the iPad Mini, because all is not well in Cupertino: 2013 will be the year that Chinese game developers start to figure out how to make money in their huge home market and make inroads with the US market.

But just as important, I predict that Huawei and Foxconn will release smartphones and tablets of comparable quality to Apple’s – and at a fraction of the price.

Huawei is the world’s biggest telecommunications device company, and they have ambitions to be the next Samsung.  Foxconn (technically Taiwanese, with production in China) is the company that produces all of Apple’s products and pretty much every smartphone, computer, and tablet in the world.  They’ve just announced plans to develop their own branded devices and, considering they know as much about the inner workings of Apple’s devices as Apple does, I think they can produce something cheap and special.

I predict both companies will release tablets of the same or higher quality as the iPad in 2013 at a price below $99, putting tablets and games in the hands of everyone.

Despite Windows 8 being an interesting OS, 2013 won’t be an easy year for Microsoft

3. Microsoft continues to flounder.  Which is sad, since Windows 8 is actually pretty cool and the Surface is a nice (but heavy and expensive) device.  It’s ultimately just a matter of too little, too late.  Unless, of course, I am correct that Huawei and Foxconn release their own devices in 2013 and pick Windows 8 and not Android as their operating system.  In which case, Microsoft wins.  Otherwise, the Xbox will continue to be the one bright spot for the company, with a successor to the 360 announced at E3, which will continue to evolve from a gaming platform to an all-in-one living room device.

4. The Ouya will release to great fanfare, but will not be a business success in 2013.  The ideas behind the Ouya-a developer-centric platform built on Android OS; a $99 gaming device; open-sourced and hackable code-will all be popular and live on in the future products of its competitors, such as Valve’s Steam Box and the next Xbox.  Unfortunately, I think the Ouya will fail in 2013 due to a lack of consumer demand (developer demand, YES, but that is different from consumer demand) and manufacturing and launching costs that are astronomically higher than any Kickstarter campaign could hope to achieve.  Will they succeed in 2014 with the release of a potential Ouya 2?  Maybe…

5. Online gambling in the US will not be legal in 2013.  Sorry, social casino companies and all you investors out there: There’s simply no way online gambling will be legal within the next 12 months.  We’ll continue to venture down that road on a state-by-state basis, but with political partisanship at all-time lows and the Vegas and Native American casinos not entirely on board, this fight will drag on for at least another year or two.  And if the US economy rebounds by then (which it will, because the US sits on most of the world’s natural gas reserves), there will be less reason to make gambling legal.  Aside from poker, we’re at least 2-3 years away from gambling being legal in the US.

Zynga’s troubles will continue throughout 2013

6. Zynga lays off 25 – 50% of its staff.  Which, of course, is not good for our friends at Zynga.  Zynga’s betting its future on the legalization of online gambling in the US, hiring gambling experts, building out its social casino suite, and applying to offer gambling in the state of Nevada.  But as I said, we’re at least 2-3 years away from this happening.  And when it does, Zynga’s major card to play is their poker game, which is the least profitable of all the gambling games.  Zynga is making all the right moves away from Facebook (with Facebook’s help) and into mobile, but it’s not happening fast enough.  I don’t think Zynga is going away, but it’ll be a much smaller company in 2013 than it was in 2012.

7. Visual novel will be a big genre in 2013.   The biggest trends in games last year were card-collecting games and social casino slot games.  This year, I think visual novel games could be big.  Why?  For one, this style of game works well on tablets and mini-tablets which, as I mentioned, will be the most popular game devices worldwide.  Two, at the same time the games industry has exploded due to digital distribution, the world of books and self-publishing has been revolutionized as well.  A visual novel game combines the self-publishing worlds of games and books, and I think the lines between these two industries will blur in 2013.  Just peruse our list of visual novel games in 2012.  It’s paltry today, but it will be much bigger by the end of next year.

OK, lightning round of predictions!

8. The last mile of gameplay is transportation.  Watch console-style games enter the mini-screens of your airplane seat as airlines continue to add Wi-Fi to planes and realize passengers are willing to pay for games better than Hangman.  I think we’ll start to see games in the back-seats of cars as well.

10. Amazon will successfully release a smartphone in 2013 and continue their path towards becoming a major industry player, thanks to the growth of the Kindle Fire, their brilliant new kids-focused product, FreeTime Unlimited, and this predicted smartphone. 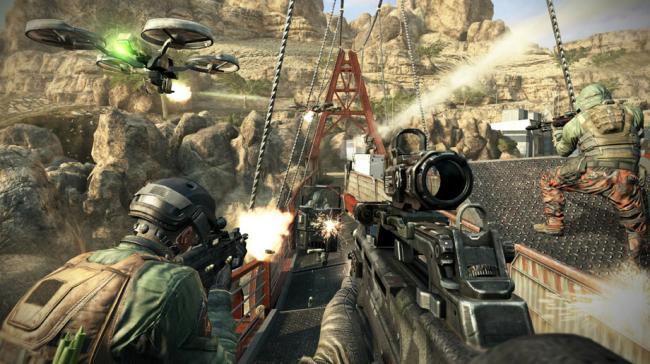 “Violent games like the Call of Duty series will be subject to political backlash.

11. There will be a political backlash against hardcore games like the Call of Duty series for gun violence and the fact that, increasingly, free-to-play games make their money by appealing to our addictive nature.  I am not sure if the games industry will react by taking the NRA denial strategy (as they have in the past) or in a more mature, sensible way.  I hope it’s the latter.

12. Hear of the Raspberry Pi yet?  It’s a credit card-sized computer that plugs into your TV, available for the incredibly low price of $25.  It’s designed so that anyone (kids included) can create and hack their own computing device.  My last prediction is that this little $25 computer will have a huge influence on gaming in 2013.  I don’t know how, or why.  But in the same way Minecraft got millions of gamers to create game worlds and levels, Raspberry Pi may do the same, but in the physical gaming sense. In fact, Minecraft will be coming to the Pi at some point in the near future. If that doesn’t make the Pi a serious contender in the industry, nothing will.

See, I told you I’d go off on a limb with my predictions!

This is the first in a series of three, once-a-day prediction articles from the founder and editors of Gamezebo. Associate Editor Dant Rambo’s list will be live tomorrow, followed by Editor-in-Chief Jim Squires’ list on Friday.

Zynga shuts down several titles, intends to shut down more in the future