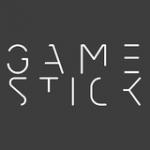 The GameStick, one of the Android-based consoles recently funded through Kickstarter, will ship to backers in June rather than the intended launch window of April. Developer kits, on the other hand, are currently en route.

PlayJam, the company behind the GameStick, explained the delay in a Kickstarter update. The short version is that they weren’t expecting the console to be in such high demand; the long version is that said demand has forced them to rethink many aspects of the GameStick, including the most economic way to deliver it to backers. It’s kind of a bummer, but  I suppose the bright side is that it gives developers more time to create games for the platform.

Speaking of the bright side, PlayJam also announced that 27 different retailers have expressed interest in carrying the GameStick, including both GameStop and Game. While this in and of itself likely means precious little to backers, it could go a long way to increase the legitimacy of the platform, and hopefully result in more developers getting on board with it. Like any other console, though, we won’t know for certain until well after it releases.

Several backers have expressed their anger about the delay in the comments section of the update. Is anyone reading this feeling similarly burned by it? Let us know in the comments so we can post pictures of puppies and cheer you up.

Lost My Voice At GDC: 5 things to do when you’ve lost your voice at an industry conference