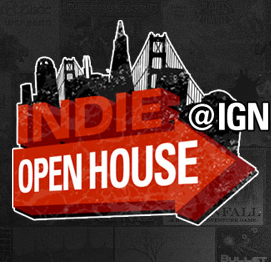 GameSpy Technology has announced the four developers that will take part in the next semester of Indie Open House. Indie Open House is a project that invites independent developers to the GameSpy/IGN office. During their six-month residency, the developers will be allotted resources such as office space, consultation, peer support and technology in order to help the teams build upon their ideas.

The four studios selected for the residency are:

Outside of office and peer resources, there are other benefits granted to the participating teams. The developers will receive opportunities to show their games directly to publishers and retailers, as well as the IGN and GameSpy editors. They will even receive demo space at events such as Games Developers Conference 2012, and GameSpy is giving the teams free licensing of their online features such as leaderboards, matchmaking and statistics.

Interested in getting your development team into the next session of Indie Open House? Visit http://www.ign.com/indieopenhouse/ for more information.

The Sims FreePlay is coming to Android